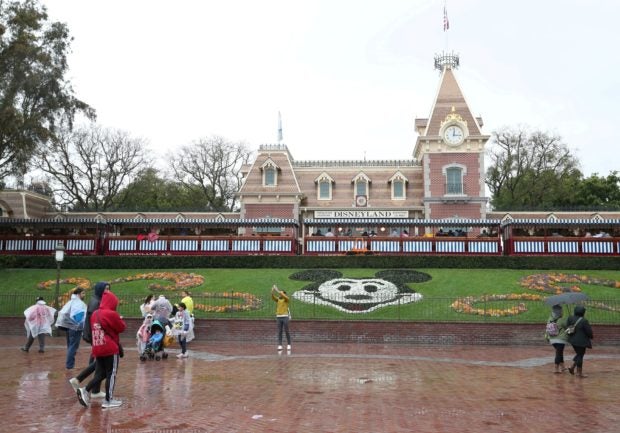 A general view of the entrance of Disneyland theme park in Anaheim, California. (REUTERS)

LOS ANGELES  – Tired of long waits for the Haunted Mansion or the Millennium Falcon? Walt Disney Co’s U.S. theme parks will offer an option to pay for quicker access to some of the most popular rides, the company said on Wednesday.

The feature is part of the rollout this fall of Disney Genie, a digital tool designed to help park visitors maximize their time at Disney’s U.S. parks, now operating at limited capacity due to the COVID-19 pandemic and requiring masks while visitors are indoors.

Disney Genie will be free through the Disneyland and My Disney Experience apps, the company said in a blog post.

An upgrade called Disney Genie+ will provide access to “Lightning Lanes” for quicker entry at a specific time to more than 15 attractions at California’s Disneyland and 40+ rides at Walt Disney World in Florida.

Disney Genie+ will cost $15 per ticket per day at Walt Disney World in Florida and $20 at California’s Disneyland.

The company will also let visitors pay individually for Lightning Lane privileges at up to two select rides per day. The price for that access has not been announced.

The new line options will replace the quicker FastPass lines at both parks and the MaxPass queues at Disneyland. MaxPass, launched in 2017, let Disneyland viewers pay to book FastPass access from their phones for $20 a day.

Visitors can tell Disney Genie if they are most interested in Star Wars, princesses, superheroes or Pixar, for example, and which rides, restaurants and shows they want to experience. The service will suggest the itineraries based on real-time information and provide updates as circumstances change, the company said.