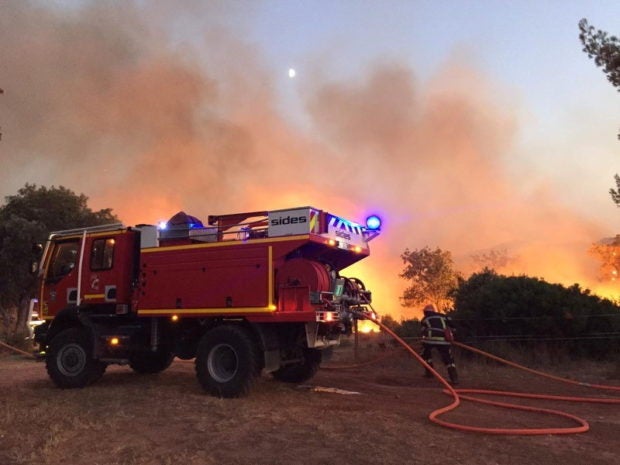 Firefighters work near a major wildfire that broke out in the Var region of southern France, August 17, 2021 SDMIS69/Handout via REUTERS

PARIS — French firefighters battled throughout the night to contain a wildfire in the hills behind the coastal town of Saint-Tropez, said local government official for the region on Wednesday.

A local government official for the southern French region of Var, where the fire first broke out on Monday, said the fire still had not been contained as of the early hours of Wednesday.

French President Emmanuel Macron on Tuesday left his nearby summer retreat to thank the firefighters for their efforts.

Waves of extreme heat have hit much of the Mediterranean region in recent weeks, with wildfires from Spain and Greece to Turkey raising uncomfortable questions over global warming and countries’ preparedness.