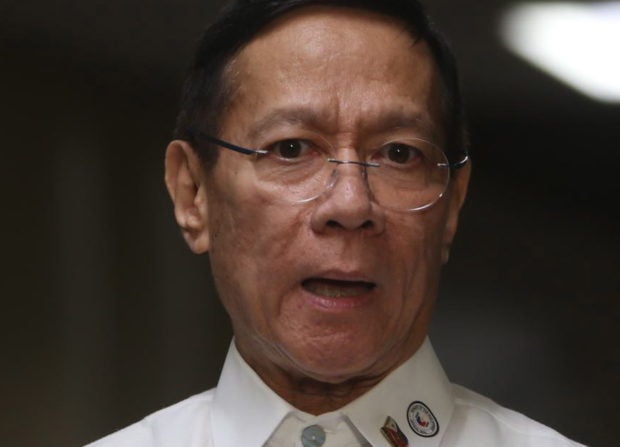 MANILA, Philippines — The House of Representatives will conduct an inquiry anytime this week on the Department of Health’s (DOH) poor handling of P67.32 billion worth of COVID-19 funds based on a Commission on Audit (COA) report.

Speaker Lord Allan Velasco said on Sunday that the House had invited the COA to brief lawmakers on the DOH’s “deficiencies” in the use of its pandemic response funds.

“We want to get the facts straight from COA and we are particularly concerned because the funds involved were among those allocated under the Bayanihan laws that Congress passed last year,” he said in a statement.

According to Velasco, the DOH was invited to the congressional briefing which “would also serve as a venue for [it] to explain and account for the pandemic funds mentioned in the COA report.”

“The overall objective is to ensure that the billions of pesos Congress had dedicated to COVID-19 response—and any additional funds it provides in future legislation—are spent wisely and effectively,” he said.

He added that the House leadership wanted to hear first the health department’s explanation before making any conclusion.

The Senate blue ribbon committee chaired by Sen. Richard Gordon will also conduct on Wednesday a motu proprio investigation on the COA report “and other issues related to budget utilization of the DOH, especially its expenditures related to the fight against COVID.”

In its 2020 audit of the health department, the COA reported that of its P67.3 billion pandemic response fund, P11.89 billion was left unspent.

Those funds “were not translated to much-needed health supplies, equipment and services that could have benefited both the health workers and the general public during the critical times of the pandemic,” it said.

It added that the DOH wasted P95.15 billion worth of medicines and medical supplies because these had either expired, would soon expire or were kept unused in expensive warehouses.

The COA said the DOH and its attached agencies were unable to spend nearly 30 percent of their budget allotments for 2020.

The unspent P59.124 billion fund was “very material and more than enough to affect the level of efficiency put into managing the COVID-19 funds vis-à-vis the agency’s implementation capabilities and its response to the urgent health-care needs during the time of state of calamity/national emergency,” it stressed in its report.

But the COA later clarified in a statement that there were no indications that the DOH money was “lost to corruption.”

Health Secretary Francisco Duque III had also said that none of the pandemic funds was stolen and that all the money had been “properly allocated.”

The COA report, however, has revived calls for his resignation with House Deputy Minority Leader Carlos Isagani Zarate saying the DOH’s mishandling of its COVID-19 funds “borders on criminal negligence.”

Since last year, amid complaints about the health department’s management of the pandemic, several lawmakers have been calling on Duque to step down but the calls have fallen on deaf ears.

For an opposition senator, the DOH secretary’s refusal to quit his post was a testament to patronage politics and the lack of accountability among administration officials.

According to Sen. Leila de Lima, Duque’s audacity to stay in the DOH “only highlights what the real problem is and has always been: their first loyalty is to themselves and to their cabal of patrons, cronies and minions.”

The detained senator, one of President Duterte’s most outspoken critics, said in a dispatch from Camp Crame over the weekend that it was no surprise that Duque would resist calls for his resignation even “in the face of the failures of the government’s COVID-19 response plans” by saying that it was up to Mr. Duterte who appointed him to sack him.

“Of course, no one expects a public servant to resign just because some people call for him to do so. But the least that such public servant ought to do so is hold himself accountable to the public, to the people that he serves,” De Lima said.

She expressed hope that the day would come when officials like Duque would be answerable to the public.

“I long for the day when a system of honor, meritocracy and accountability in government service, which our Constitution and laws have mandated and are supposed to uphold, are again the norm,” De Lima said.

“I long for the day when only the deserving, based on their performance and track record, are entrusted with the solemn responsibility and authority that could spell the difference between Filipino lives being saved and being lost,” she added. INQ