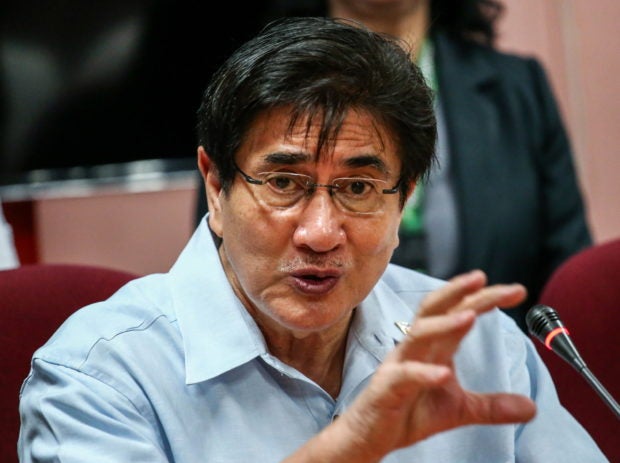 The Department of Information and Communications Technology (DICT) said the digital portal for issuing the unified COVID-19 vaccination cards now urgently needed by Filipino travelers and overseas workers would be formally launched in two weeks, but that would depend on the submission by the local government units (LGUs) of their vaccination data.

“For the system to effectively work, we need data from the LGUs that are complete, accurate and compliant with the prescribed format for uploading to the system,” Communications Technology Secretary Gregorio Honasan II said in a statement on Thursday.

“If we have this, then we can expect both the portal and the mobile app to produce the desired results,” he added.

In a public briefing last month, Undersecretary Manny Caintic told local government officials that they had until July 31 to submit to the DICT the list of their fully vaccinated constituents so it could issue the vaccination certificates by early August.

But according to Parañaque City Mayor Edwin Olivarez, speaking as chair of the Metro Manila Council, the various mayors in the capital region would only be able to submit their local vaccination databases to the department within the month.

“We are targeting to submit them this August,” he said in an interview on dzMM Teleradyo on Friday.

The lack of a unified vaccination card system has become a problem for at least 3,000 overseas Filipino workers (OFWs) returning to their jobs in Hong Kong. Earlier this week, Foreign Secretary Teodoro Locsin Jr. said Hong Kong authorities would not recognize the vaccination cards issued to these workers by the Philippine government since the documents did not come from a single source.

As a stopgap measure, the Department of Foreign Affairs said it would negotiate with Hong Kong authorities for them to recognize instead the yellow card being issued by the Philippine Bureau of Quarantine.

According to the DICT, its digital portal and mobile app called VaxCertPH have been created and will “go live’’ after securing local government data and completing the training of their personnel. The system, it said, was “highly reliant” on input sent through its vaccination information management system, or VIMS.

The training of local government personnel on the use of the system is necessary to reduce data entry errors, it added.

It remained unclear, however how soon the system could resolve the huge backlog of individuals who might require a vaccination card.