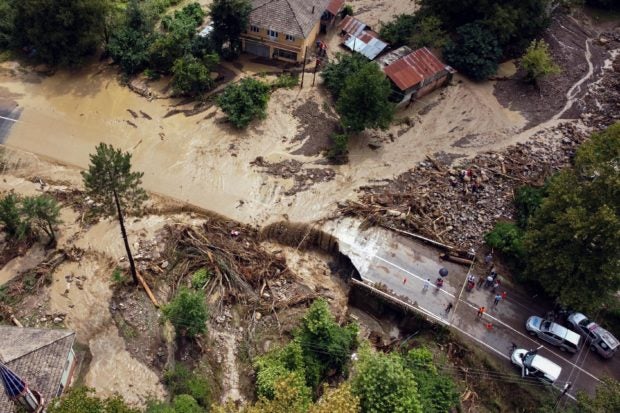 Istanbul, Turkey —  The death toll from Turkey’s flash floods soared to 27 on Friday as President Recep Tayyip Erdogan prepared to inspect one of the hardest-hit regions and lend his moral support.

The devastation across Turkey’s northern Black Sea regions came just as the disaster-hit country was winning control over hundreds of wildfires that killed eight people and destroyed swathes of forest along its scenic southern coast.

Turkey suffered another bout of flooding in the northeastern province of Rize that killed six people last month.

Scientists believe such natural disasters are becoming more intense and frequent because of global warming caused by harmful emissions.

Turkey’s emergence as a frontline country in the battle against climate change also poses a challenge to Erdogan two years before the next scheduled general election.

The powerful Turkish leader was roundly condemned on social media for tossing out bags of tea to locals while visiting one of the fire-ravaged regions when the wildfires were first spreading at the end of July.

Polls show that the climate is a top priority for up to seven million members of Generation Z whose votes Erdogan will need to extend his rule into a third decade in the 2023 vote.

Erdogan so far has said little about the floods.

“I offer my condolences to the loved ones of our 17 fellow citizens who lost their lives,” he said when the toll was still 17 on Thursday night.

Media reports said Erdogan would chair a crisis response meeting attended by top ministers in one of the worst-hit parts of the inundated city of Kastamonu later Friday.

But the anger appeared to be building in Black Sea towns and cities over what some said was a lack of proper warning from local officials about the dangers of the incoming storms.

“They told us to move our cars but they didn’t tell us to save ourselves or our children,” Kastamonu province resident Arzu Yucel told the private DHA news agency.

“If they had, I would have taken them and left in five minutes. They didn’t even tell us that the river was overflowing,” the elderly woman said. 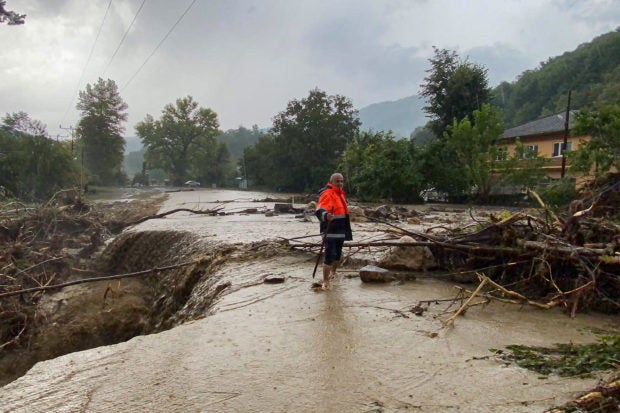 Some longtime residents of the region said this year’s flooding was the worst they could recall.

“I am 75 years old and have never seen anything like this,” Batin province resident Adem Senol told the Anadolu state news agency.

“The water rose higher than the level of our windows, it broke down our door, even a wall,” he said. “It was a powerful stream, enough to sweep away houses.”

Emergency services said waters briefly rose in some parts as high as four meters (13 feet) before subsiding and spreading across a region stretching more than 150 miles (240 kilometers) wide.

Agriculture and Forestry Minister Bekir Pakdemirli has warned that the area was facing “a disaster that we had not seen in 50 or 100 years”.

Images on television and social media showed stranded villagers being plucked off rooftops by helicopter, and bridges collapsing under the force of the rushing water below.

The Anadolu state news agency said rescuers were focusing on a four-floor apartment building that partially crumbled and another one next to it that completely collapsed.

Concern was also increasing over how high the death toll could climb.

Some locals told Turkish media Friday that they still had no news from their closest family and friends.

Weather services predicted rains to continue to lash the affected area for the remainder of the week.