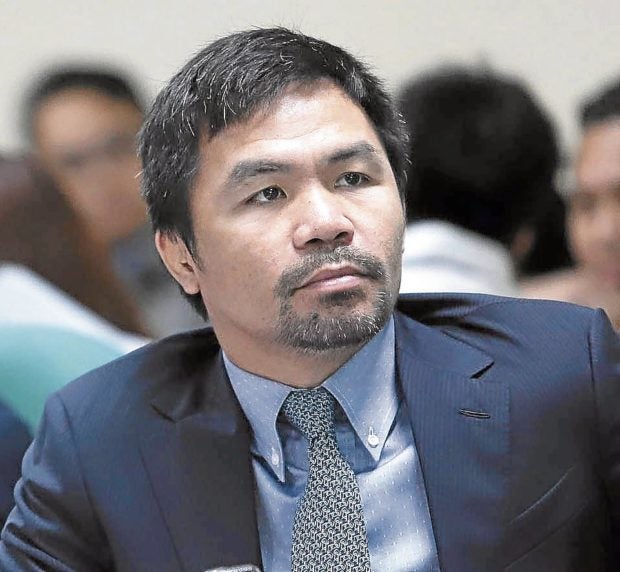 PDP-Laban Secretary General Melvin Matibag said the party earlier held a meeting where an official complaint against Pacquiao was received alleging his disloyalty to the party and violation of the party’s constitution for swearing allegiance to another political party, the People’s Champ Movement (PCM), offenses tantamount to expulsion.

The complaint claimed Pacquiao was a sitting president of PCM and that he presided over a meeting to push the conversion of PCM into a national party.

Matibag said PDP-Laban will give Pacquiao 10 to 15 days to respond to the allegations and the complainant will likewise be allowed to appeal.

He said the party’s legal and arbitration committee will come out with a decision once all the parties have submitted their responses and their documents.

“It’s a long process, but definitely we’ll undergo the process of the internal rules ng PDP-Laban. We intend to resolve it before the filing of candidacy,” he said in an online press conference.

The filing of certificates of candidacy is set on Oct. 1 to Oct. 8.

Matibag insisted that the complaint is not a “bluff” intended to distract Pacquiao from his upcoming bout this August, as claimed by Senator Koko Pimentel.

“This is no bluff, we will go all in on this one. Hindi ito political bluff, this is not intended to distract him,” he said.

“We don’t want to add more problem to Senator Pacquiao but we want to do something to protect the party and the members of the party,” Matibag added.