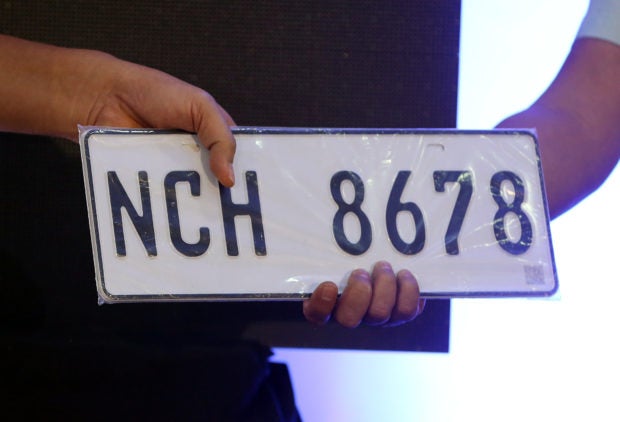 MANILA, Philippines — The Commission on Audit (COA) has called out the Department of Transportation (DOTr) for failing to deliver over 8.12 million license plates worth P2.1 billion to vehicle owners.

This, the COA said in its 2020 audit report, “deprived the registrants of their right to receive the plates they paid for and affected the efficient apprehension of traffic violators.”

The company was supposed to supply the LTO with license plates from 2013 to 2017 but the project was implemented only in 2014 due to budget constraints. However, the PPI-JKG failed to deliver 4.065 million plates for motor vehicles and 7.213 million motorcycle plates.

As a result, a notice of disallowance (ND) for the advance payment made was issued.

In Jul. 2017, the LTO proceeded with the procurement of license plates for its requirements for Jul. 2016 to Dec. 2017 pending the appeal of the ND.

In Jul. 2018, the ND on the MVLPSP was lifted. The COA said that “from the time of the implementation of the MVLPSP, several delays in procurements were noted due to legal impediments and contract termination, changes in motorcycle plates’ specifications, among others.”

It recommended to the DOTr the fast-tracking of the production backlog in the existing contracts and the immediate release of plates to vehicle registrants.

The DOTr said that as of Jun. 7 this year, 790,725 pairs of replacement plates for motor vehicles had been delivered to the district offices for distribution.

Read Next
CAAP completed only 16 out of 86 projects in 2 years
EDITORS' PICK
SMDC’s Bloom Residences: A master planned community that cares for your health and wellness
COVID-19 cases in PH pass 3.2 million mark with 37,154 new cases — DOH
Over 3 Million worth of prizes to be won at Smart Padala’s SENDali Manalo Promo!
Upsilon, Unilever give ‘real talk’ on climate change crisis
What to expect as Metro Manila starts ‘no vaccination, no ride’ policy on Monday
Metro Manila’s daily COVID-19 growth rate drops to 2% — Octa Research
MOST READ
Tito, Vic and Joey still not quitting, breaking trends as they celebrate 50th year in the biz
‘Not my loss’: Did Kris Aquino just comment on her breakup with Mel Sarmiento?
Wendell Ramos finally gets to hold his newborn for the 1st time
At least 1.04 million Metro Manila residents may have COVID-19 – OCTA Research
Don't miss out on the latest news and information.