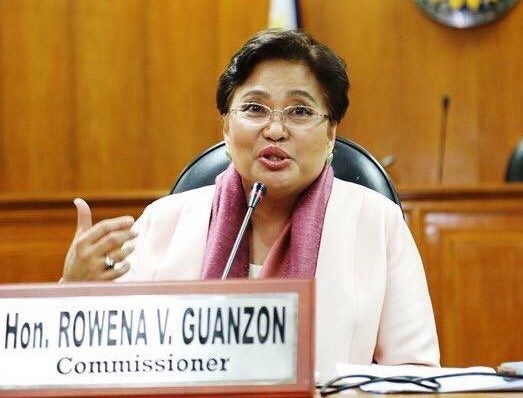 MANILA, Philippines — Around 6.3 million voters who failed to vote in two consecutive elections will be allowed to reactivate their voter’s registration by following the instructions in an email from the Commission on Elections (Comelec) that will be sent to the delisted voters this month.

“Reactivation of voters who failed to vote in two consecutive elections will soon be through email this month,” Commissioner Rowena Guanzon posted in her Facebook page on Wednesday.

“6.3 million voters were deactivated but their biometrics are still in the database of the Commission on Elections, hence they need not apply for reactivation in person,” she added.

Last week, Guanzon said the Comelec will automatically revalidate the registration of around 6.3 million voters who have failed to vote in the last two elections.

Voters registration is ongoing until September 30, and the Comelec appears not inclined to extend the deadline despite the two-week lockdown in Metro Manila and various areas.

Some 4.6 million additional voters have so far registered, surpassing the Comelec’s 4 million target new voters for the May 9, 2022 elections.

But Sen. Francis Pangilinan estimated that many voters, especially first-timers, were likely disenfranchised because four out of every 10 voter registration were wasted in Metro Manila and other areas because of lockdown restrictions.

“Areas such as Metro Manila lost 38.6 percent of the registration period. We could have reached so much more people then,” Pangilinan said in a statement.

He reiterated his appeal to the Comelec to extend the voter registration perod by one month, or from Sept. 30 to Oct. 31, to adjust for the ECQ or MECQ suspensions, but poll officials have said that they will not have time because of the looming start of the filing of certificates of candidacy for the 2022 elections.

“A one-month extension will not extensively hinder Comelec’s preparation for the elections, especially given that voter’s registration was suspended for half a year,” Pangilinan said.

He recalled that the Comelec initially suspended voter’s registration from Mar. 9 to Aug. 31, 2020, or a period of five and a half months, due to COVID-19.

Comelec then suspended voter’s registration in areas under ECQ and MECQ.

This year, voter’s registration has already been suspended twice in Metro Manila and other highly urbanized areas.

Pangilinan said the Comelec had the prerogative to set the deadline of voter registration before Jan. 9, 2022.

“We believe that a one-month extension is reasonable and even generous given the period we lost due to pandemic suspensions,” he added.

Pangilinan noted that the deadline for voter registration in previous elections was set on or before Oct. 31 of the year preceding the polls.

“First there are still some 13 million unregistered voters. According to the PSA (Philippine Statistics Authority), the population of those 18 years old and above has reached 73.3 million and as per Comelec, about 60 million are registered voters. 13 million. That is a large number,” Pangilinan said.

“Second, we understand that the Sept. 30 deadline was set prior to the COVID pandemic. This is a clear indication that given the abnormal situation now facing the entire country that adjustments ought to be made,” he added.

“The decision should be revisited to allow millions more to be able to register,” the senator said.