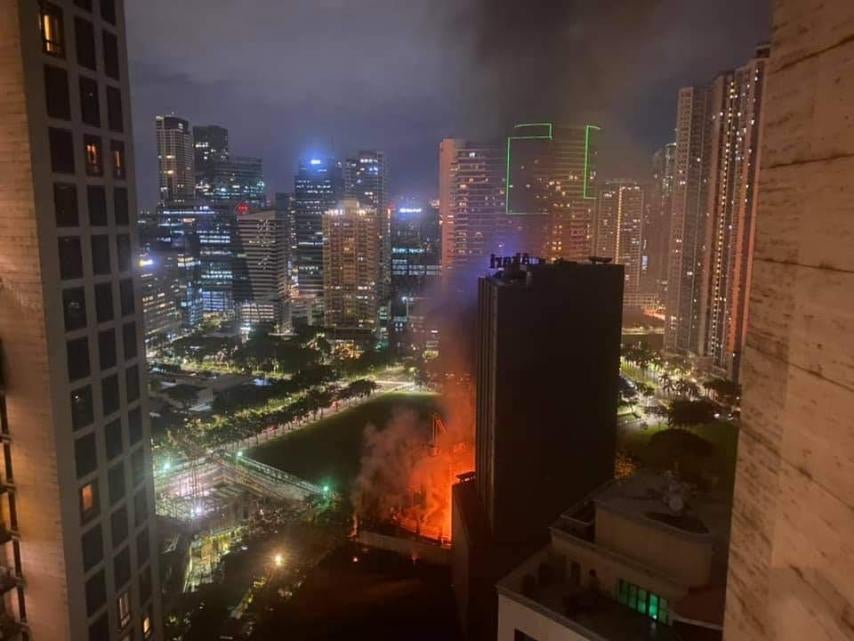 MANILA, Philippines — A gas explosion in Bonifacio Global City (BGC) in Taguig, Philippines, triggered a fire that left several people in a state of frantic screams and injured one person on Wednesday evening.

According to the initial report of the Bureau of Fire Protection (BFP), the fire erupted on a construction site located on 21st Drive in the BGC area of Taguig City.

Approximately nine minutes after making that declaration, the BFP announced that the fire was under control. It was later extinguished at 9:35 p.m.

In the fire, a 35-year-old man was injured with third-degree burns on both his face and body.

The victim was immediately transported to St. Luke’s Medical Center in Taguig.

Several people shared photos and video of the blaze on Twitter, with Renz Bulseco saying, “before this happened, there was a huge ball of fire.”

” I can hear the frantic screams from the balcony,” Bulseco added.

JUST IN: Fire at 21st Drive, BGC. Before this happened, there was a huge ball of fire. Fudge, I hope no one’s hurt. I can hear the frantic screams from the balcony. pic.twitter.com/jMmwoxaQ28 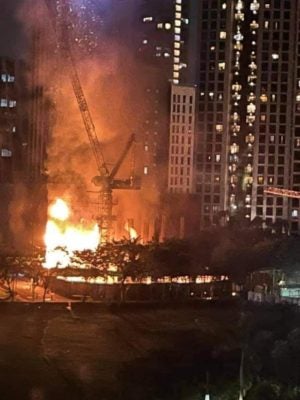 According to another user on Twitter, a “loud explosion” was first heard and the “windows shook.”

At 7:46 p.m., another fire was reported in Taguig city in Purok 2 Barangay New Lower Bicutan, which was raised to the first alarm. The fire was later declared extinguished at 7:57 p.m.

Additional information will follow as soon as it becomes available.