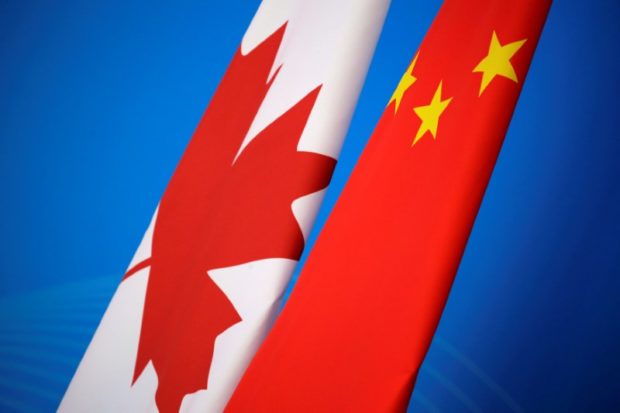 BEIJING — A Chinese court on Tuesday upheld a Canadian man’s death sentence for drug smuggling, prompting condemnation from Ottawa, a day before another court is due to rule on the case of a Canadian accused of spying.

The court proceedings for the two Canadians come as lawyers in Canada representing the detained chief financial officer of Chinese telecoms giant Huawei make a final push to persuade a court there not to extradite her to the United States.

Meng Wanzhou’s hearing is in the final stretch before a Canadian judge makes a recommendation on staying or proceeding with her extradition. A ruling is expected in the autumn.

Robert Schellenberg was arrested in China in 2014 for suspected drug smuggling and convicted in 2018. He was initially sentenced to 15 years in jail but subsequently condemned to death by a court in Dalian in January 2019 – a month after Meng was arrested at Vancouver International Airport on a warrant from the United States.

The High Court in the northeastern Chinese province of Liaoning heard Schellenberg’s appeal against the death sentence in May last year and confirmed the verdict on Tuesday.

“Canada strongly condemns China’s decision to uphold the death penalty sentence,” Foreign Minister Marc Garneau said in a statement. “We have repeatedly expressed to China our firm opposition to this cruel and inhumane punishment.”

Meng, who has said she is innocent, has been fighting her extradition from Vancouver. Her bail conditions mean she can leave her residence during the day and the evening under supervision but must stay home at night.

Canada’s ambassador to China, Dominic Barton, told reporters the proceedings against Canadian citizens were not a coincidence.

Barton said a court in the northeastern city of Dandong is expected to announce a verdict on businessman Michael Spavor as early as Wednesday.

Spavor and former Canadian diplomat Michael Kovrig were detained in China days after Meng’s arrest. Spavor was charged with espionage in June last year and went to trial in March.Kovrig’s trial was also conducted in March. Verdicts have not yet been reported.

The cases of Spavor and Kovrig could become an issue in a Canadian federal election that Liberal Prime Minister Justin Trudeau is expected to call in the next few days.

Erin O’Toole, leader of the opposition Conservative Party, says the Liberals are not being tough enough on China. He told reporters on Tuesday that Beijing was “planning to take the life of a Canadian for political reasons” and suggested athletes boycott the Winter Olympics in China next year.

Ottawa accused Beijing of engaging in “hostage diplomacy” in a bid to free Meng. China has rejected the suggestion that the cases are linked while warning of unspecified consequences unless Meng is released.

“Schellenberg’s case is of a completely different nature from Meng’s case. Those who link the two together have ulterior motives,” a Chinese Foreign Ministry spokesperson said on Tuesday.

Chinese courts have a conviction rate of more than 99%.

Some observers have said the likely convictions of both Spavor and Kovrig could ultimately facilitate an agreement in which they are released and sent back to Canada.

Since Meng’s arrest, China has sentenced at least three Chinese-born Canadians to death for drug offences.

On Tuesday, Canadian government prosecutors pushed back on assertions by Meng’s lawyers that alleged abuses of process by Canadian and American authorities throughout her case should be taken together to warrant staying her extradition.

No significant misconduct took place, prosecutor Robert Frater argued, adding that reviewing each alleged abuse individually would allow the court to decide whether other remedies for each one would be sufficient.

Meng’s hearings are scheduled to finish by Aug. 20