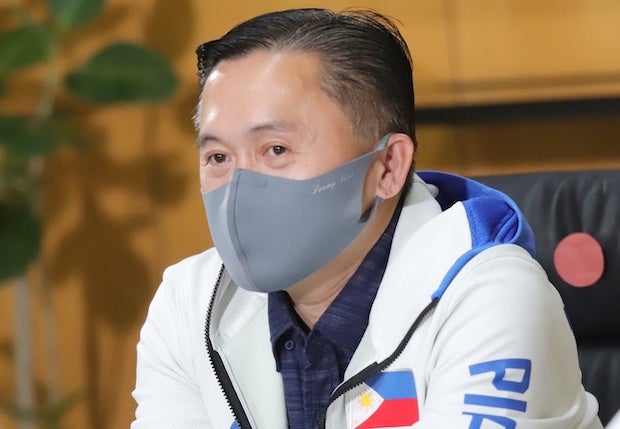 MANILA, Philippines — Sen. Christopher “Bong” Go congratulated and praised the Filipino athletes who participated in the Tokyo Olympic Games for inspiring Filipinos, giving them hope and pride, especially during the COVID-19 pandemic.

“As chair of the Senate Committee on Sports, I assure you of my unrelenting and wholehearted support for our athletes and the entire sports community,” Go said in a statement issued on Tuesday.

“You can expect that I will continue to push laws and proposals that will develop the field of sports so that we can form the next generation of athletes who will give honor to our country,” he added in Filipino.

According to his statement, Go personally presented members of the boxing team — Carlo Paalam, Nesthy Petecio, Eumir Marcial, and Irish Magno — new watches as tokens of his gratitude and appreciation.

Paalam and Petecio both won silver medals in the men’s flyweight and women’s featherweight divisions, respectively. Marcial earned a bronze medal in the men’s middleweight division, and flyweight Magno, who bowed out at the second stage, became the first Filipina boxer in history to qualify for the Olympics.

The Philippines finished 50th in the tally, but it’s the top performing Southeast Asian nation in the 2020 Olympics with four medals — a gold, two silvers, and a bronze. This is its biggest medal haul since joining the Olympics in 1924.

Because of their performance, Go noted, President Rodrigo Duterte gave them additional cash rewards on top of what was provided for under the law:

The president announced this in an online courtesy call of the athletes in the evening.

Earlier, Duterte also pledged an additional P3 million and a house and lot for Hidilyn Diaz who won gold in the Olympics.

Additionally, all Olympic participants will be awarded the Order of Lapu-Lapu, a national order of merit conferred by the president to individuals who rendered “invaluable or extraordinary service” to the nation.

“It is not an everyday occurrence that we receive such an honor from our citizens … You went to Tokyo to fight and you did your best. The Filipino people appreciate it … You all won in that (regard),” Duterte said.

“Those who participated in the events brought honor to the country irrespective [of whether you won or not]. I do not care about winning and that is why all of you will receive an additional P200,000 … If you think that’s not enough, just tell me and we will add to that,” Duterte continued, speaking partly in Filipino.

Earlier, the Office of the President approved the additional allowance of P100,000 pesos to athletes competing in the Olympics and Paralympics in Tokyo, Japan.

This was done on the request of the Philippine Sports Commission coursed through Go.

Initial allowances and provisions had already been given to the athletes and coaches including $1,000 per person, a delegation supply of competition equipment and uniforms, plane tickets, billeting, and delegation uniforms through the efforts of the PSC.

As chair of the Senate Committee on Finance, Go ensured last year that adequate funding is included in the PSC budget this year to support athletes’ preparations. Specifically, he successfully pushed for an additional P100 million to be included in the 2021 budget which was later on increased further to P250 million under the PSC for Olympic preparations.

As for the Paralympics, Go earlier supported the allocation of an additional P7.945 million budget for their preparations.

Go also successfully appealed to the government to include in the priority list for COVID-19 vaccination the Filipino athletes and other delegates who will be competing or participating in the upcoming Olympics.

During the imposition of enhanced community quarantine measures in most parts of the country last year, Go urged concerned agencies to help athletes whose training and livelihood had been hampered by the pandemic.

The Department of Social Welfare and Development, in coordination with the Games and Amusement Board and the PSC, provided financial assistance and other forms of aid to athletes in various parts of the country upon Go’s recommendation.