The other surge: Mental health hotlines getting busier 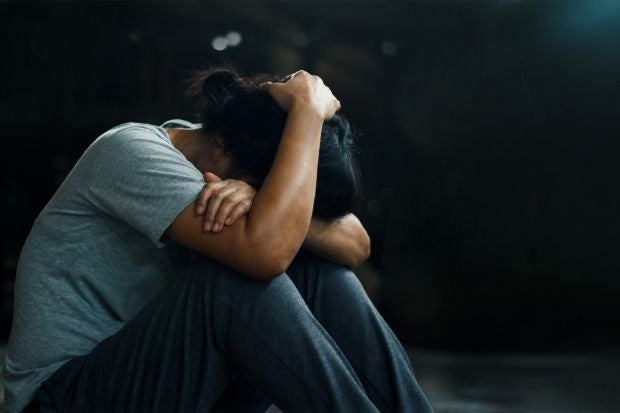 The National Center for Mental Health (NCMH) on Tuesday said calls received through its crisis hotlines had increased fourfold since the start of the coronavirus pandemic, with people young and old hit by depression arising from their isolation at home and other disruptions brought about by the health crisis.

“We are not just grieving over those who died from COVID-19. Some are grieving because we lost our dreams, we lost our ambitions. We have even lost the previous life that we led,” Dr. Agnes Joy Casiño, a psychiatrist and Department of Health (DOH) consultant, said in an online briefing.

Casiño said it was also “alarming” that recently more calls have been coming from adolescents, most of them complaining about school-related stress and about being cooped up at home. “[T]he younger ones are calling and they want to talk to someone about their mental health,” she added.

However, the doctor said she had yet to encounter cases where the caller expressed extreme distress.

Casiño did not provide the exact numbers of hotline calls received before and during the pandemic. But in a briefing in August 2020, Health Undersecretary Maria Rosario Vergeire cited NCMH data showing its hotlines received a total of 53 suicide-related calls that month alone.

From January to March that same year, before the lockdowns were imposed, the NCMH hotlines took a total of around 400 general calls. In April, weeks after Metro Manila was placed under enhanced community quarantine for the first time, the number of calls jumped to 1,014. In the whole month of June, it reached 1,115 calls, Vergeire said.

Casiño also cited a University of the Philippines (UP) study conducted in 2020 that showed a quarter of the 1,879 respondents reporting “moderate to severe” anxiety issues due to COVID-19 concerns. The study was conducted during the early phase of the pandemic, which began in March 2019.

A sixth of the respondents said they had “moderate to severe” depression, and that the pandemic was having a significant psychological impact on their lives.

“Some are having difficulties wearing different hats—they have a hard time maintaining work-life balance especially when working from home,” she said, recalling the other findings of the UP study.

Casiño advised parents and guardians to help their children find positive ways to express their feelings, while also being open and honest about the challenges of the pandemic. “Maintain familiar routines in daily life and discuss the pandemic using honest and age-appropriate ways,” she said.

Adults or those of working age, meanwhile, are also advised to tell their employers if they are having mental health difficulties.

The Department of Labor and Employment (Dole) and the Civil Service Commission (CSC) have issued separate directives that called on employers to provide mental wellness programs and assistance for their employees during the pandemic, Casiño said.

“It is not a reflection that you are not doing your job,” she said.

In 2019, data from the DOH showed that around 3.3 million Filipinos suffered from depressive disorders.

According to the World Health Organization (WHO) Special Initiative for Mental Health, a project implemented in the early part of 2020, at least 3.6 million Filipinos had one kind of mental, neurological, and substance use disorder.

Earlier, results from a 2013 nationwide probability survey showed that about one in 10 Filipino young adults experienced moderate to severe depressive symptoms.

Depressive disorders (unipolar depression) are mental illnesses characterized by a profound and persistent feeling of sadness or despair and/or a loss of interest in things that once were pleasurable.

Globally, depression has emerged as the fourth leading cause of illness and disability among adolescents aged 15-19 years, and 15th for those aged 10-14 years.