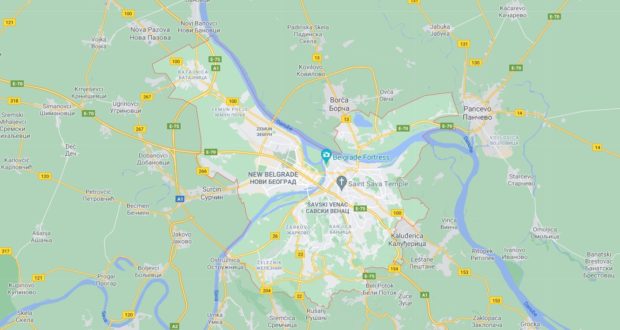 BELGRADE — Acrid smoke and haze engulfed Serbia’s capital Belgrade on Sunday after a fire broke out at the city’s main garbage landfill site.

Authorities prompted people to stay indoors as firefighters struggled to extinguish flames at the Vinca landfill, located around 17 kilometers from downtown Belgrade near the Danube river.

Much of the fire was doused by late on Sunday but authorities said the site will continue to smolder in the coming days.

“Although people will see smoke over the next few days, there’s no place for fear or panic,” Radojcic said in a statement.

The four-decade old Vinca site is the largest unmanaged landfill site remaining in Europe. It absorbs more than 1,500 tons of household waste and around 3,000 tonnes of construction waste every day.

Due to decomposition and poor waste treatment, fires emitting dense smoke are frequent at the site.

Belgrade authorities and the French-Japanese consortium Suez-Itochu in 2019 began construction of a new landfill site, incinerator, and a waste-to-energy plant.

Serbia is a candidate for membership of European Union, but before it can join, it needs to invest more than 15 billion euros to comply with the bloc’s environmental standards, including those concerning solid and liquid waste treatment.