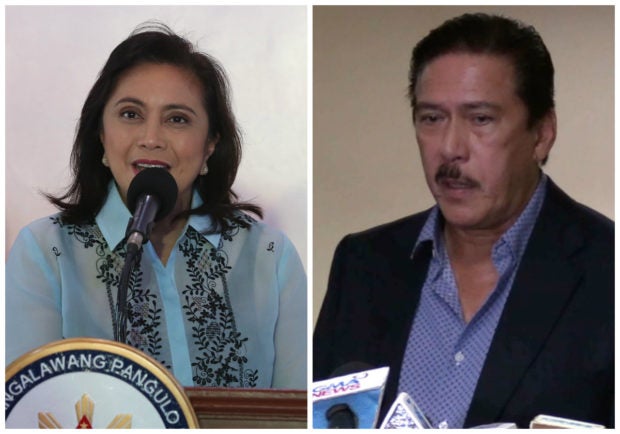 MANILA, Philippines —”Peeved” by online comments, Senate President Vicente Sotto III disclosed on Monday that it was the initiative of Vice President Leni Robredo to meet with him and Senator Panfilo Lacson about unification efforts for the 2022 polls.

On Twitter, Sotto shared a screenshot of a text message from his staff, which showed that Robredo had asked to reach out to him and Lacson to “consult them regarding the possibility of uniting behind one candidate [or] one ticket come 2022.”

“She also says that the candidate need not be her as the victory and the unity of ticket for her is paramount,” the message, sent to Sotto on July 14, further read.

Asked about why he shared the message on Twitter, Sotto told INQUIRER.net: “I was peeved by some tweets thinking we initiated the talks.”

Lacson and Sotto are the first to confirm they are running in tandem in the 2022 elections. Lacson will be gunning for the presidency with Sotto  his vice presidential candidate.

In a separate interview, Lacson also said that it was Robredo who reached out to them.

(They were contacting our chiefs of staff if we could have a meeting. The initiative came from Vice President Leni, contrary to those who are sowing disorder and are saying I’m presumptuous, that I approached Vice President Leni.)

Let’s get it out of the way that it’s clear that due to her desire to have unification, she was the one who initiated the meeting.)

The meeting took place on July 21 in a hotel in Metro Manila, according to Lacson.

During the meeting, Lacson had offered a “sure unification formula” to Robredo which was met with “resistance.”