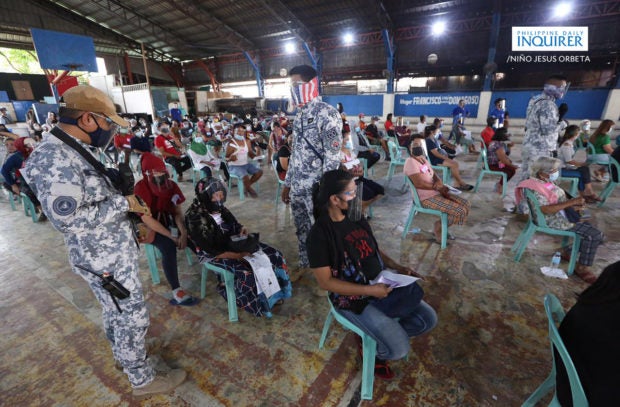 MANILA, Philippines — The distribution of the cash aid in the city of Manila for those affected by the enhanced community quarantine (ECQ) may begin on August 10, Mayor Isko Moreno said Friday.

Moreno said the city government received more than P1,488,600,000  for the cash aid for his constituents—an amount smaller than what they received during a similar cash aid program back in April this year.

(We cannot give you the money tomorrow. There is no bank tomorrow. I’m not sure if here at DSWD they thought ‘that’s because we hope people will receive it as soon as possible.)

(This will probably happen on Wednesday, or at the earliest on Tuesday.)

Moreno added that they were also instructed to only initially withdraw P200 million of the P1.488 billion funds. This could slow down the cash aid distribution, said the mayor.

Moreover, Moreno lamented that the amount they received for the cash aid distribution is smaller than what was given to them during a similar cash aid program back in April.

(I mean, the previous list was more or less P34 million less than this one.)

Nonetheless, Moreno vowed to find a way to source the P34 million shortage to cover all beneficiaries based on the April cash aid distribution.

President Rodrigo Duterte earlier approved the aid distribution of P1,000 per individual but not more than P4,000 per household under ECQ.