Warning up against boarding overloaded buses in Cebu 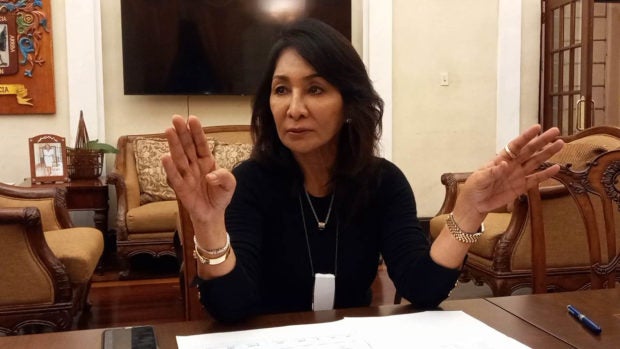 CEBU CITY – Cebu Gov. Gwendolyn Garcia cautioned the public not to board overloaded buses, or they will be forced to step out of the public vehicles.

“The passengers should also take responsibility. You already know that it is overloaded, and you still insist on riding. So the last one to board should be asked to disembark,” she said.

Public buses in Cebu province will also have to plaster visible signages on the windshield with QR codes indicating the number of passengers allowed to board.

All buses will have to pass through either the Cebu North Bus Terminal or the Cebu South Bus Terminal where they will be issued a daily trip ticket with QR Code features called the Provincial Public Utility Pass.

Since Cebu province is under general community quarantine (GCQ) with heightened restrictions, public transport is only allowed a 75 percent seating capacity.

The rules also include that all the buses will open their windows to ensure proper ventilation, which the governor believed as a major source of the spread of COVID-19 and its dreaded delta variant.

Garcia said those who do not have the Provincial Public Utility Pass would be considered as “colorum” or unauthorized public transport. This new rule got the nod of LTFRB-7 director Eduardo Montealto.