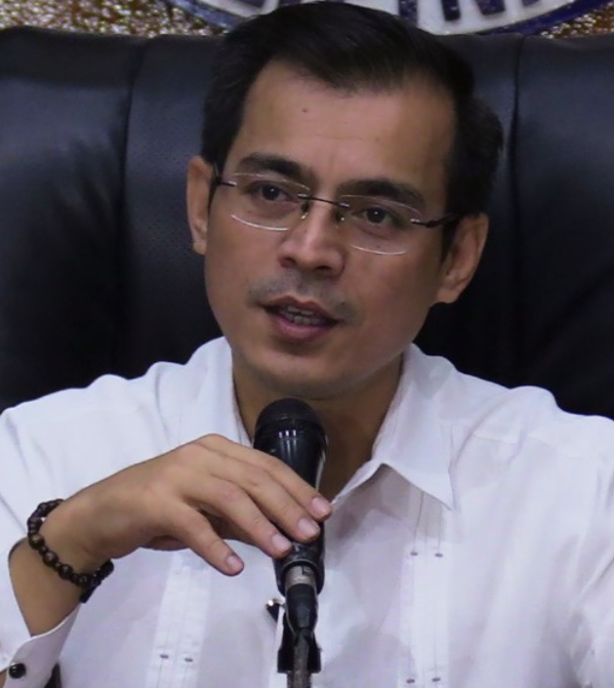 MANILA, Philippines — Manila City Mayor Isko Moreno has resigned as vice chairman for political affairs and member of the National Unity Party, ahead of filing candidacies for the 2022 polls.

In a letter to NUP secretary-general Narcisco Bravo Jr. dated August 4, Moreno said he is tendering his resignation from the party, thanking the party for the chance to serve it.

“This is to respectfully tender my resignation as vice-chairman for political affairs and member of the National Unity Party. I am very thankful to the party for giving me the chance to serve it the best way possible,” the letter read. 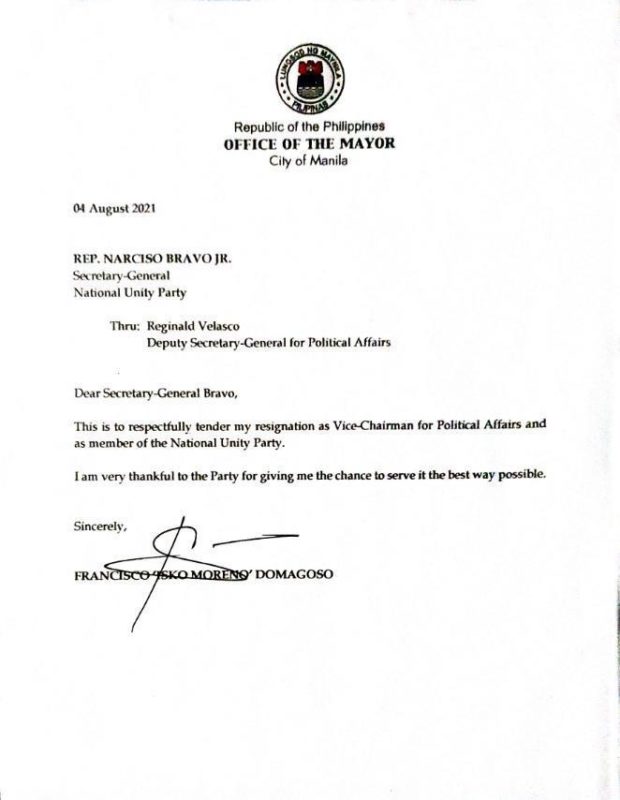 A copy of Moreno’s letter to NUP

Moreno is reportedly set to join the Aksyon Demokratiko party, founded by the late former Senator Raul Rocco, who himself ran but lost the presidential race to former President Joseph Estrada in the 1998 polls.

He was supposed to take his oath on Thursday afternoon but decided to put off the ceremony as “chaos in some NCR vaccine centers, especially in Manila this morning, requires utmost collective attention,” a source said.

Before jumping ship, Moreno was a part of the NUP for about six years. NUP had carried the former actor in his bid for mayor of Manila against then incumbent, Estrada.

Moreno has yet to say whether his transfer to Aksyon Demokratiko would mean he will be running for a higher post in the 2022 national elections.