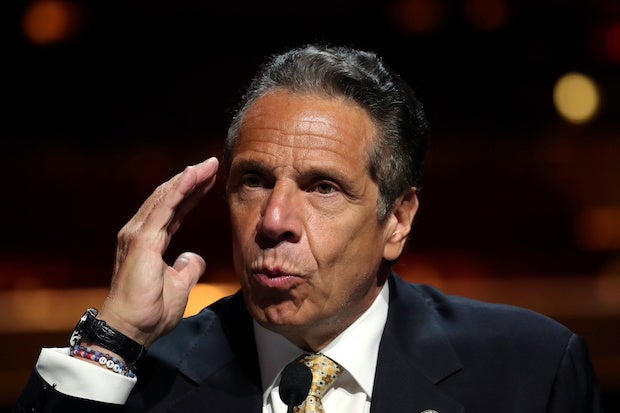 New York Gov. Andrew Cuomo speaks while making an announcement at a news conference from the stage at Radio City Music Hall in Manhattan in New York City, New York, U.S., May 17, 2021. (REUTERS)

NEW YORK — Some 59% of New Yorkers think Governor Andrew Cuomo should resign after an investigation found that he groped, kissed, or made suggestive comments to 11 women in violation of U.S. and state laws, a Marist Poll showed on Wednesday.

After state Attorney General Letitia James unveiled the five-month independent investigation’s conclusions on Tuesday, the Democratic governor said in a video statement he has no plans to resign and denied he had acted inappropriately.

The poll of 614 randomly selected New York state adults was conducted by landline or mobile phone on Tuesday and survey questions were available in English or Spanish, Marist said. It found that 59% said the governor should resign in light of the findings, 32% said he should serve out his term and 9% said they were unsure.

The poll also found that 44% of respondents said Cuomo did something illegal, 29% said he did something unethical but not illegal, 7% concluded he did nothing wrong, 6% had not heard enough about the allegations and 13% were unsure.