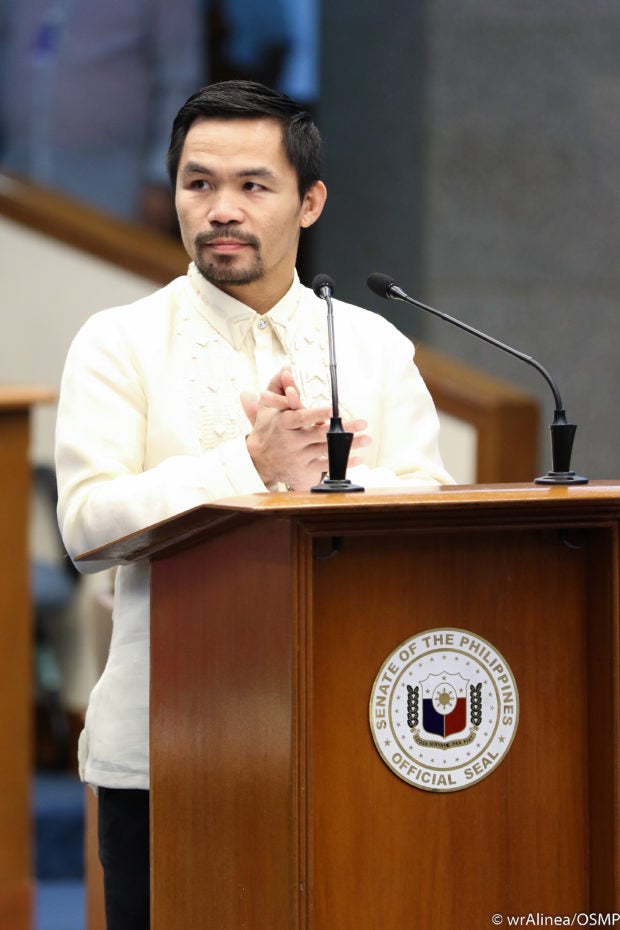 MANILA, Philippines — Senator Manny Pacquiao’s office has sought the assistance of the Philippine National Police (PNP) in identifying those behind a “forged” PDP-Laban memo bearing his falsified signature.

“The forged document was pre-dated June 8, 2021, to make it appear that it was made ahead of the real PDP-Laban resolution issued last July 9 which expelled Cusi, Matibag and Naik,” they added.

Pacquiao said that the PDP-Laban National Executive Committee (NEC) has already denied the existence of such a document, claiming that it is a mere attempt of certain parties “to spread fake news by using fake or forged documents.”

“The proliferation and unabated spread of fake news has grown tremendously in recent years. Whether willingly or unwillingly several prominent online influencers and columnists in unison quoted or made mention of a supposed June PDP-Laban letter claiming to be from PDP Laban President Manny Pacquiao. No document of this nature exists,” the PDP-Laban NEC said in a statement.

“The fact a confidential plan would be made in a letter is ridiculous. The PDP Laban President likewise has a hologram next to his signature in all official documents and misalignment of the contact details and logos at the bottom are a dead giveaway to it being a fraudulent document,” it added.

Cuison said the resolution of this issue is urgent especially as the documents have started spreading on various social media platforms.

“(There is an) urgent need to stop the proliferation of forged documents and fake news on various social media platforms to ease and impunity in which certain individuals fabricate and proliferate fake news or fake documents is a mockery to all of us as well as the integrity and rigor of our journalism professionals. PDP-LABAN will not tolerate this and neither should any Filipino,” he said.

“Those responsible should be held accountable. Let us say no to fake news,” he added.

The lawyer also reminded perpetrators that they may be in violation of the Cybercrime Prevention Act of 2012, which provides penalties for cyber libel such as fine from P40,000 to ₱1,200,000, in addition to the civil action which may be brought by the offended party, and imprisonment of between two years, four months and one day to eight years.