Robredo tells Filipino Olympians: We’re proud of you, thank you for bringing us together | Inquirer News

Robredo tells Filipino Olympians: We’re proud of you, thank you for bringing us together 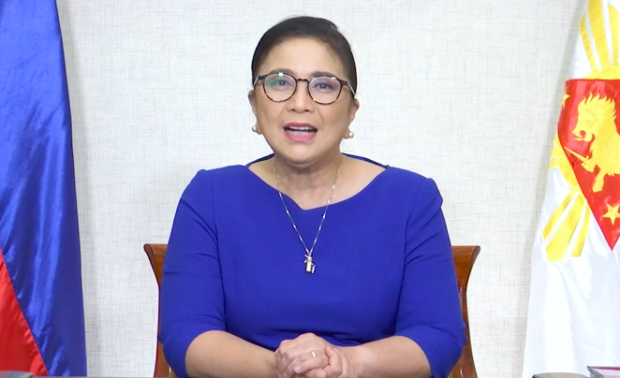 MANILA, Philippines — Aside from making the country proud for their gallant stand in the 2020 Tokyo Olympics, Vice President Leni Robredo also thanked Filipino athletes for bringing the nation together in a time of a pandemic.

Robredo in a short video message on Tuesday acknowledged the athletes’ efforts as it provides a huge inspiration for the country trying to shake off problems brought by the COVID-19 pandemic.

(In the midst of challenges brought by the pandemic, thank you for giving us hope and inspiration.  Thank you for bringing us together, especially during these times.  The whole country is excited, cheering, and celebrating every battle you take.)

(Again, congratulations to all of you.  Long live the Filipino athlete! Laban Pilipinas!)

[A] WATCH: “Laban Pilipinas!” Message of thanks from #VPLeni, as our athletes make history at the 2020 Tokyo Olympics

Robredo mentioned the several athletes who fought it out in the Olympics, including recent medalists like Nesthy Petecio who bagged the silver medal for the country in boxing.

Two other boxers too in Carlo Paalam and Eumir Marcial have already secured at least a bronze medal finish in the 2020 games.

READ: Eumir scores KO win for sure bronze, but says he didn’t come to Tokyo for just that

(For each fight of Filipinos in the Olympics these past few days, we have exhibited mixed emotions.  But above these, each they the feeling of being proud exudes all other emotions.  Today is no exception.)

(To Nesthy, our Olympic silver medalist, we are so proud of you for making history.  To Carlo, thank you very much for the heart you showed on the ring earlier, for another Olympic medal.  Our praises also go out to Eumir, who shocked us yesterday with a knockout victory and another sure podium finish.)

But Robredo reminded Filipinos that other athletes are also trying to fight it out, like EJ Obiena fighting at the men’s pole vault competition and Yuka Saso and Bianca Pagdanganan trying to earn medals in golf.

(Later, EJ would also compete in the pole vault event.  Tomorrow, our bets in golf, Yuka and Bianca, would start their own bid.)

(I thank everyone, including those who completed our 2020 Tokyo Olympics line-up.  For our first Olympic gold medalist Hidilyn, our world-class gymnast Caloy. For our skateboarding, bet Margielyn, who gives us good vibes, to Juvic, Kristina, Elreen, Remedy, Kiyomi, Cris, Kurt, Jayson, Luke, at Irish.)