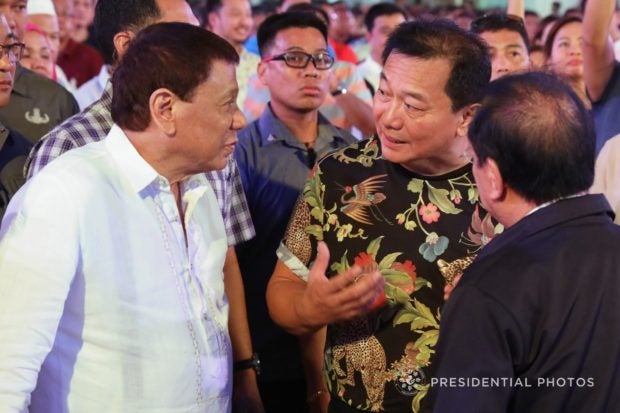 MANILA, Philippines — For former House Speaker Pantaleon Alvarez, it would be best for President Rodrigo Duterte not to seek the vice presidential post in the 2022 national elections since he is already a “champion.”

Alvarez, who was once one of the President’s biggest defenders but opted to leave the Duterte-led PDP-Laban party, made the remark when asked about the possibility of Duterte running for the vice presidential post.

“Mahirap tantyahin dahil mahirap basahin si Presidente. Pero sa akin, bilang isang kaibigan, sana hindi na [It’s hard to measure because the President’s move is unpredictable. But for me, as a friend, I hope he’ll not run],” Alvarez said in an interview with ABS-CBN News Channel.

Moreover, Alvarez said that it would be better for the country to have a “different personality” instead of having another “Duterte,” appearing to refer to Davao City Mayor Inday Sara Duterte-Carpio, as the country’s chief executive.

(For me, it is better for us to find another leader. Different personality. This is because the country has a bigger problem.)

It is said that Duterte-Carpio, the daughter of Duterte, played a hand in the eventual ouster of Alvarez as House Speaker back in 2018. Right before Duterte’s State of the Nation Address in 2018, Alvarez was replaced by former President Gloria Macapagal-Arroyo.

Based on the latest survey released by Pulse Asia in July, Duterte-Carpio and President Duterte lead the possible bets for the presidential and vice presidential post in the 2022 national elections.

Alvarez, who is now part of the Partido Reporma party supporting the presidential-vice presidential tandem of Senators Panfilo Lacson and Vicente Sotto III, said it is still too early to tell if the survey results reflect the possible outcome of the national elections.