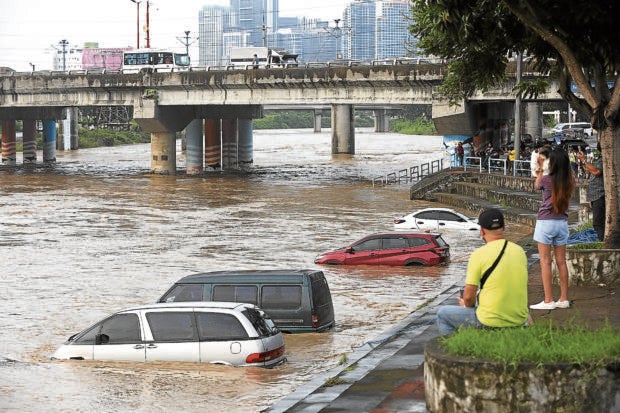 MANILA, Philippines — The Department of Environment and Natural Resources (DENR) has issued stoppage orders against 123 illegal structures within the Upper Marikina River Basin Protected Landscape in its campaign to keep encroachers out of the area.

As of July, the DENR regional office in Calabarzon (Cavite, Laguna, Batangas, Rizal and Quezon) said it had issued 80 show-cause orders and 43 cease-and-desist orders against those illegally occupying parts of the watershed, including operators of piggeries, resorts, camps and retreat centers.

Owners of private houses, including those constructed along river easements, were also served with cease-and-desist orders.

DENR Calabarzon Executive Director Nilo Tamoria warned against the construction and establishment of structures that were not covered by the necessary permits under the National Integrated Protected Areas System and the amending law that expanded its coverage.

Violators may face fines of up to P5 million on top of jail time of up to 12 years.

With a total land area of over 26,000 hectares, the Upper Marikina watershed was declared a protected landscape in November 2011 under Presidential Proclamation No. 296.

But by then, there were already illegal structures within the area. Quarrying and logging companies were also reported to be operating inside the watershed, leading to massive deforestation and environmental destruction.

On July 24, two forest rangers working in a reforestation site of the Masungi Georeserve Foundation were shot by still unidentified assailants. Although both survived, the incident prompted environmentalists to clamor for more security for forest workers within the Upper Marikina watershed.

The DENR Calabarzon said it was already working with the Philippine National Police and Philippine Army to identify the suspects and strengthen monitoring and patrolling activities in the area.

Near the Marikina River, residents woke up to a startling sight on Monday morning: knee-deep flood in the streets, leaving their vehicles submerged in water despite clear skies.

The city government earlier raised the first alarm as the river’s water level went up to as high as 15.8 meters despite the good weather.

Marikina Mayor Marcelino Teodoro said the river’s swelling was not caused by the nonstop rains experienced by Metro Manila in the past two weeks but the rainwater coming from upstream areas, particularly in Upper Antipolo and other nearby towns.

“Marikina River is a downstream river … There was no weather disturbance but water from the upstream areas flowed to Marikina River. That was the cause of the sudden rise in the water level,” Teodoro told the Inquirer.

“This very seldom happens to us,” he said, noting that the last time residents experienced sudden flooding due to water coming from upstream areas was in 2020, or before Typhoon “Ulysses” (international name: Vamco) battered the city. 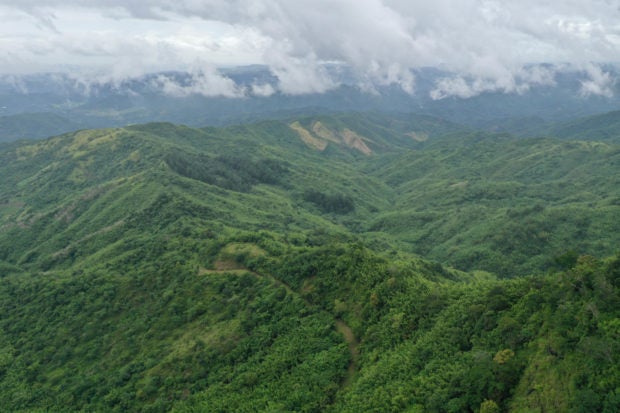 FRAGILE ENVIRONMENT Conservationists have been raising the alarm over the continuous illegal encroachment in huge portions of the Upper Marikina River Basin Protected Landscape in Rizal province. —PHOTO COURTESY OF MASUNGI GEORESERVE FOUNDATION

The flood subsided after two to three hours, but the water may have been blocked by silt in the Laguna de Bay, which catches water coming from the Marikina River, Teodoro said.

He also cited the denuded forests in the upstream areas as the main cause of the flood, as well as “unabated quarrying activities,” climate change and erratic rainfall.

Although nonstop rains triggered floods in the city last week, Teodoro explained that no severe flooding was recorded due to continuous dredging activities and improvements in drainage systems.

Heavy rainfall caused by the southwest monsoon, locally called “habagat,” forced at least 3,000 families to evacuate from their houses to avoid casualties.

But after a few days, around 1,000 of them returned home after observing that there was no heavy flooding in their areas.

The dredging of silt in Marikina began as early as late 2020 after the onslaught of Typhoon Ulysses, which residents said had reminded them of their ordeal under Tropical Storm “Ondoy” (Ketsana) in 2009. Ondoy brought heavy rains to many parts of Metro Manila and caused massive flooding in the city, leaving scores dead. INQ