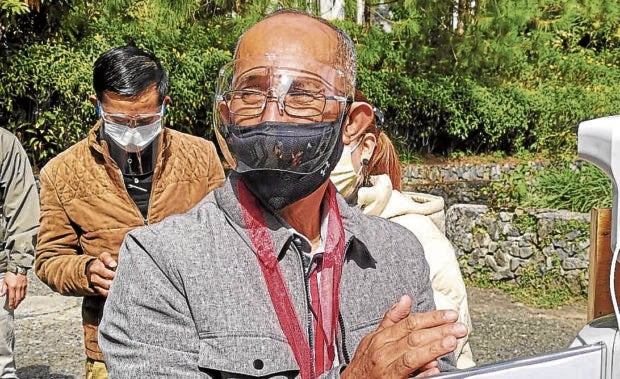 BAGUIO CITY, Benguet, Philippines — All COVID-19 data in the Philippines, including vaccination records and contact tracing information all over the country, will be collected and analyzed by a national digital warehouse to make decision-making more efficient amid the threat of the more transmissible Delta variant, Baguio City Mayor Benjamin Magalong said on Monday.

It was field-tested in Quezon City and will be piloted soon in more local governments, including this city, to remove double entries in daily infection reports, and reveal who have actually received jabs in the country, said Magalong, the country’s chief contact tracing adviser.

There is no exact time frame yet when the data warehouse operation can begin.

The data warehouse, which is being administered by the Department of Information and Communications Technology, is still dealing with glitches involving the integration of multiple data systems, he said.

Magalong said the central data warehouse would also help identify fraud that has affected vaccination programs in the countryside and reconcile data on people who have registered in different localities to ensure they get inoculated.

But the fundamental benefit of a centralized COVID-19 database is to track the movement of people, the mayor said.

Many communities like Baguio reopened their borders to leisure travelers to help revive their economies before studies confirmed the extreme transmission of variants like Delta and Delta Plus.

Magalong said gene sequencing took time, and patients who had healed from COVID-19 might have crossed other borders before doctors discovered they contracted the more contagious variants.

“They (patients) will be mobile. A patient could come here from Muntinlupa City and we may discover that they contracted the variant after they have gone back to Muntinlupa,” he said.

In that instance, a central data bank could be accessed to establish how local governments addressed the possible exposure by revealing how many people the Muntinlupa visitor had interacted with, and what precautions were taken to contain infections, Magalong said.

The data system would be critical in managing the country’s public health situations, not just health crises like COVID-19 and its mutated forms, Magalong said.

Among the independent data systems that need to be merged are the analytical programs of the Department of Health, as well as COVID-19 tracking systems developed by local governments.

But given the behavior of COVID-19 variants in the country, Magalong said he had suggested that the system be fast-tracked because of the threat of Delta.

Delta has spread fast, “and things are bad now in Cagayan de Oro and in Cebu,” Magalong noted.