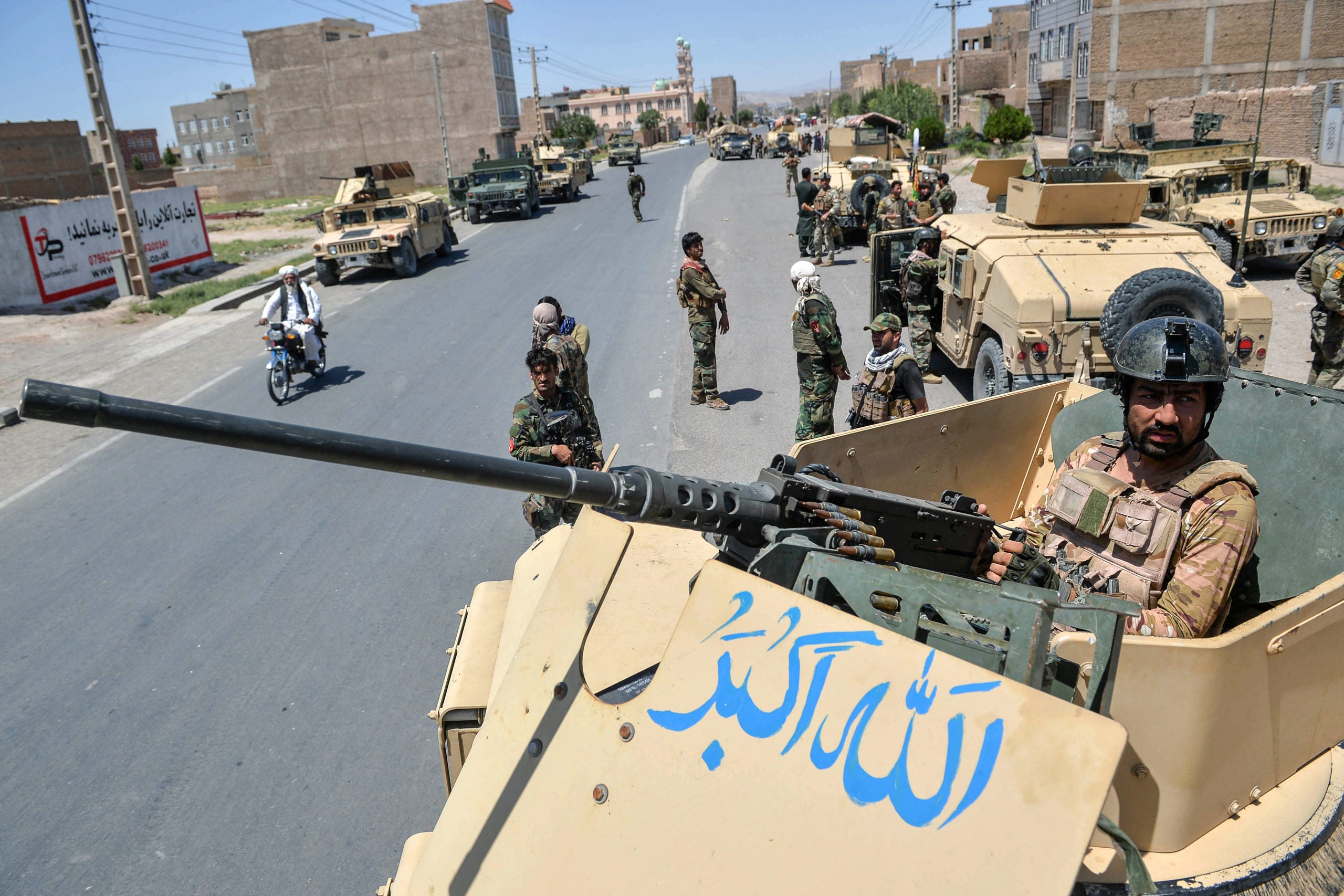 KANDAHAR, Afghanistan — Families abandoned their homes in droves, airstrikes rained down on neighborhoods and bodies filled the streets as the Taliban took their fight to Afghanistan’s cities over the weekend, starting a new bloody chapter in the country’s long war.

Residents in the southern city of Lashkar Gah said the Taliban were fighting pitched battles from “street to street” with Afghan security forces and had surrounded the police headquarters and governor’s office.

“The aircraft are bombing the city every minute. Every inch of the city has been bombed,” Badshah Khan, a resident of Lashkar Gah, the capital of Helmand province, told AFP by phone.

“You can see dead bodies on the streets. There are bodies of people in the main square,” he added.

The government remained in control of Lashkar Gah as of late Sunday thanks to the constant barrage of airstrikes, but the future of the provincial capital seemed to hang from a thread as wave after wave of insurgents entered the city.

Violence has soared across Afghanistan since early May when the Taliban launched a sweeping offensive across large swaths of the country as the US military began its final withdrawal following nearly 20 years of operations.

The Taliban gobbled rural districts at a rapid rate, often without a fight.

But the country’s military has been digging in to defend a string of provincial capitals scattered across Afghanistan — including Lashkar Gah, Kandahar, and Herat.

Following a brief lull in fighting during the Eid al-Adha holidays late last month, the Taliban appear to have turned their attention to capturing cities, launching withering onslaughts on several provincial capitals.

In  Lashkar Gah, resident Hazrat Omar Shirzad was livid after the Taliban forced him out of his house to take shelter from the airstrikes.

“The Islamic Emirate set the earth ablaze and the republic put the sky on fire. Nobody cares about the nation,” said Shirzad.

Fighting was also reported in Herat near the border with Iran to the west for a third straight day, where militants swarmed the outskirts of the capital.

“With every passing day the security situation is getting worse,” said Agha Reza, a businessman in Herat.

“There is a 90 percent chance Herat city will collapse to the Taliban,” he warned, saying that it lacked a steady supply of electricity and key roads were blocked due to clashes.

A school teacher in Herat on condition of anonymity told AFP that only some schools were open in the city as children preferred to stay indoors.

“Last night we heard a lot of planes over the city… Today, I went to school and only boys had dared to come,” she said.

Fighters with veteran warlord Ismail Khan whose militia helped US-led foreign forces topple the Taliban regime in 2001 have rallied to save the city, marching shoulder to shoulder with Afghan security forces in the streets headed to the front.

And in Kandahar, days of fighting have displaced thousands of people who crowded into the city center to escape the crossfire on the edge of the provincial capital.

Kandahar resident Khalid Hewadmal said the Taliban were forcing residents out of their homes as they moved closer into the city.

“On Friday they had warned residents to leave their homes,” said Hewadmal.

Kandahar was the birthplace of the Taliban movement and the fall of the city would deliver a massive blow to the government, effectively splitting the country into two before winter, when retaking of the territory is particularly difficult.

The government has repeatedly dismissed the militants’ steady gains over the summer as lacking strategic value but has largely failed to reverse their momentum on the battlefield.