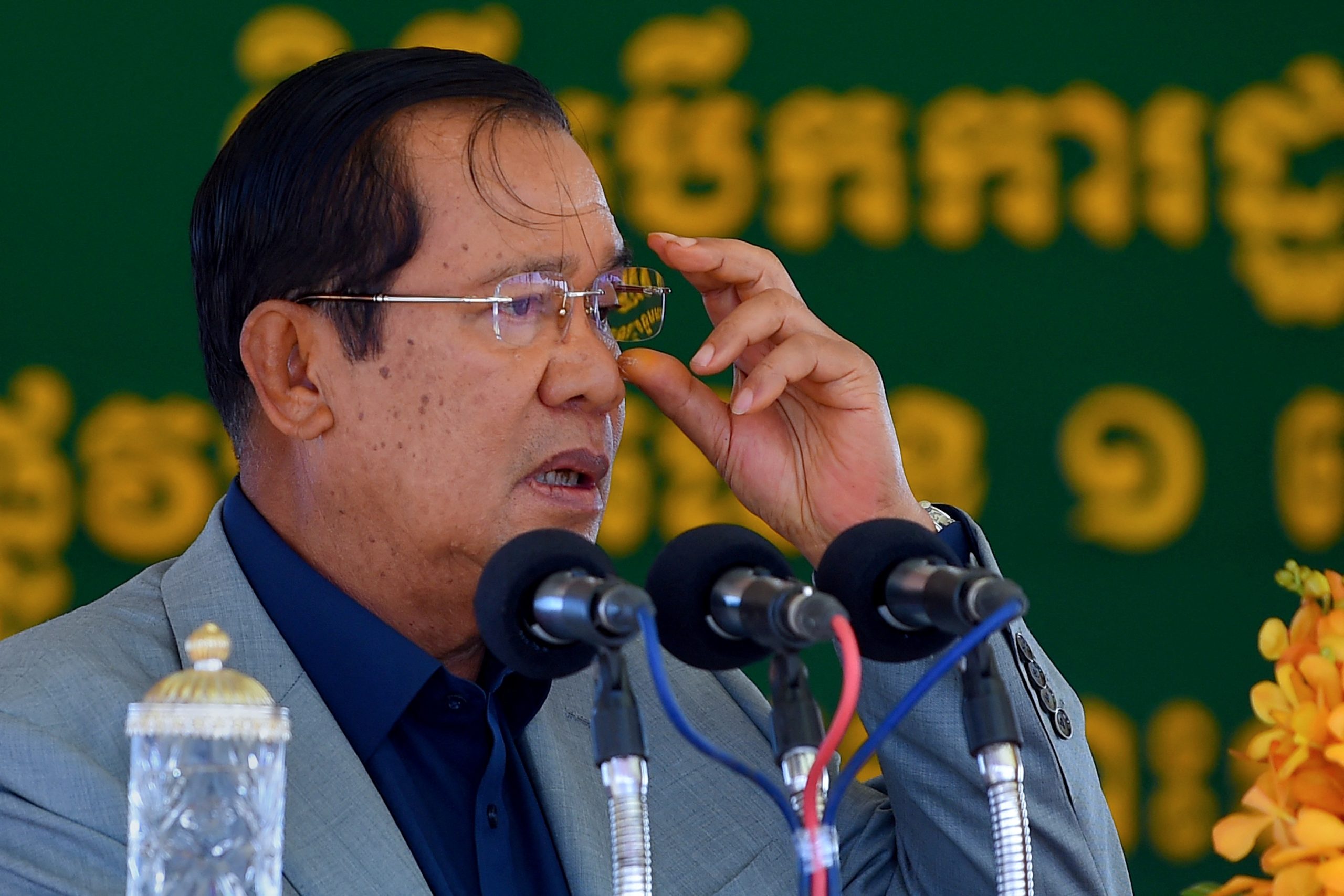 Cambodia’s Prime Minister Hun Sen speaks during a groundbreaking ceremony for the construction of a bridge across the Bassac river in Phnom Penh on October 26, 2020. (Photo by TANG CHHIN Sothy / AFP)

In late December the nation announced it had extracted oil from its waters in the Gulf of Thailand which experts believe boasts significant deposits.

But the operation, led by Singapore’s KrisEnergy, was endangered after the company was unable to pay its debts and filed for liquidation in June.

“On December 29, we announced the first drop of oil — perhaps now it is a failure,” Hun Sen said Sunday.

He also claimed that KrisEnergy “fled with the tanker”.

“We couldn’t prevent it on time… they ran away with the oil,” the premier alleged, without giving any further details.

Before it filed for liquidation, KrisEnergy held a 95 percent stake in the operation, while the government holds the rest.

The promised revenues could have been significant for the impoverished country, which estimated in 2017 that it would make at least $500 million in royalties and taxes from the project’s first phase.

But the discovery also raised concerns about how Cambodia, a nation long ranked poorly in terms of transparency, would account for its newfound wealth.