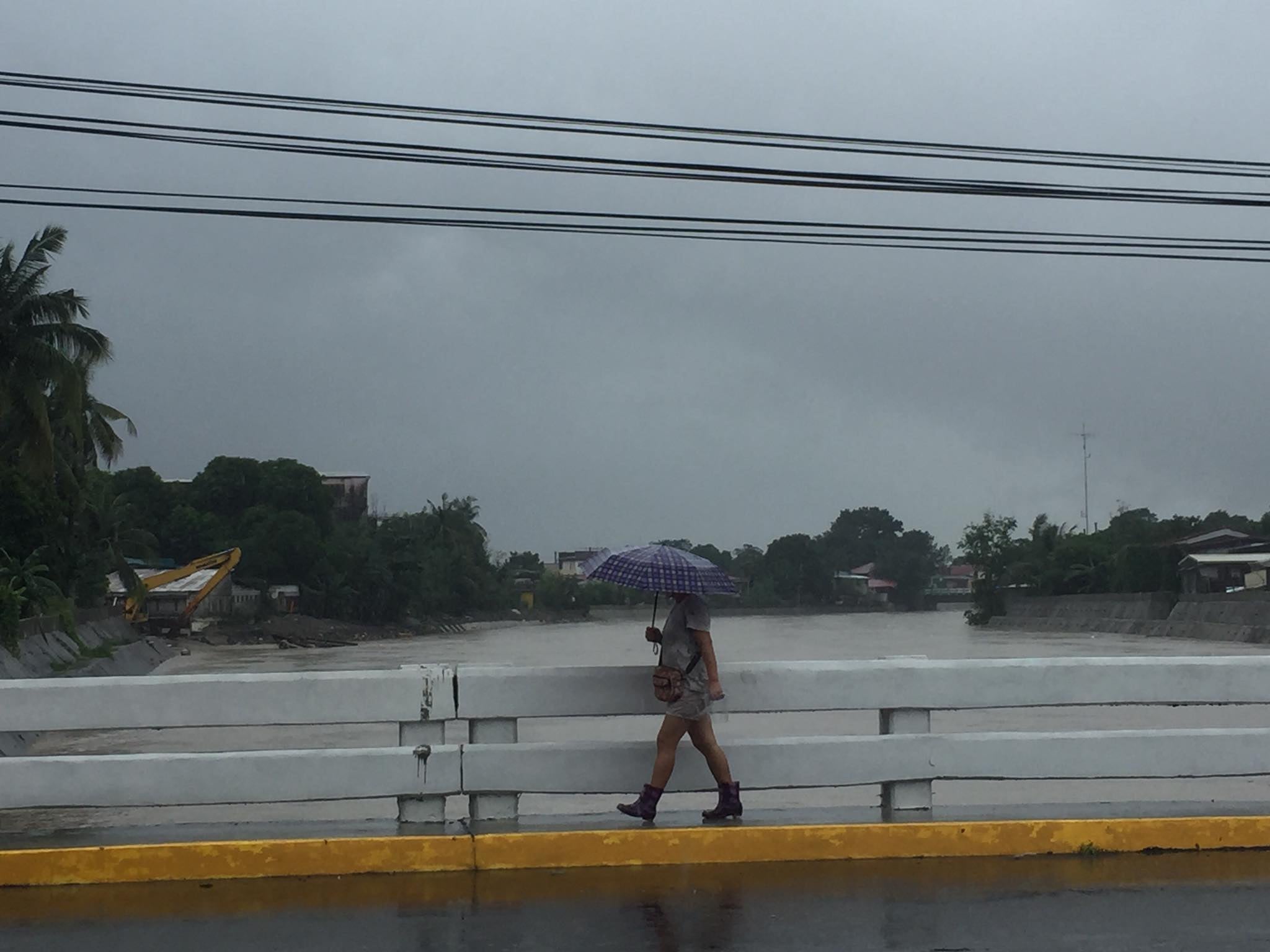 A resident in Olongapo City crosses a bridge where the river’s water level underneath rose to a critical level due to the incessant rains on Thursday, July 29. (Photo by Joanna Rose Aglibot)

Mayor Rolen Paulino Jr. told the Inquirer that the displaced residents were from the villages of Mabayuan, New Ilalim, New Kababae, Kalaklan, Barretto and Gordon Heights.

Paulino said the evacuees would temporarily stay in nine evacuation sites, including a health center and public schools.