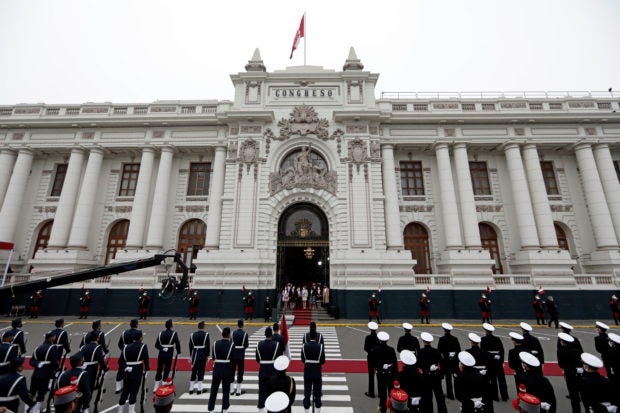 LIMA — Peru’s new President Pedro Castillo, a champion of the rural poor, will not live in the government palace in Lima known as the ‘House of Pizarro’ – a symbolic break from some 500 years of tradition and the Andean country’s colonial past.

Castillo, who comes from a family of peasant farmers in rural Peru, said in his first address to the nation after his inauguration on Wednesday that the palace would instead be used to house the Ministry of Cultures under his government.

“I will not rule from the House of Pizarro, because I believe that we have to break with colonial symbols to end the ties of domination that have been in force for so many years,” he said.

“We will cede this palace to the new Ministry of Cultures to be used as a museum that showcases our history, from its origins to the present.”

The government palace is named after the Spanish conquistador Francisco Pizarro Gonzalez, who some 500 years ago captured and ultimately executed the indigenous leader Atahualpa in Cajamarca, Castillo’s home region in northern Peru.

The first ‘House of Pizarro’ dates back to around 1535, though construction on the current grandiose building started in 1937. The work was finished the following year and the palace was inaugurated in 1938.

Castillo, an outsider candidate who ran for a socialist party, won on the back of support from rural Peruvians angry at the political status quo and inequality between wealthier urban elites and poorer rural communities.

Mexican President Andrés Manuel López Obrador also moved the presidential offices from the old palace to a less ostentatious building in the center of Mexico City.