Haiti premier says he plans elections as quickly as possible 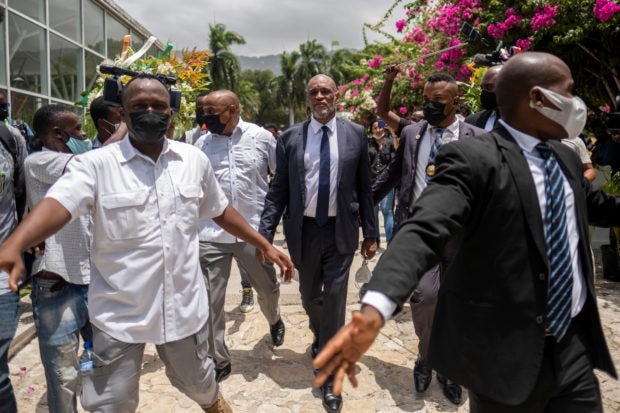 Already struggling with political paralysis, economic malaise and gang-fueled violence, Haiti was pushed deeper into turmoil by the killing of Moise, which the government blamed on a group of mostly Colombian mercenaries.

Western powers have encouraged Haiti, the poorest country in the Americas, to elect a new leadership as early as possible to give democratic legitimacy to the government. Presidential and parliamentary elections had been due to take place in September.

“The mission of this government is to prepare the conditions to hold the elections as quickly as possible,” Henry told reporters at his first news conference since taking office last week.

Henry said he would be working to restore confidence in the government, and that there would be dialogue with civil society and political leaders to reach consensus on how to move forward.

The discussions would strive to eliminate “all irritants” that could get in the way of holding elections, he said, without elaborating. Nor did he give a target date for the elections.

One potential stumbling block for elections is Moise’s prior plan to concurrently hold a referendum on changing the constitution to strengthen the presidency at the expense of parliament.

Henry did not mention the constitutional reform on Wednesday.

Henry, a 71-year-old neurosurgeon, was tapped by Moise to be the new prime minister just days before the president was assassinated.

Read Next
US top diplomat meets with WHO chief, backs study into COVID-19 origins
EDITORS' PICK
Isko Moreno: Can work with Robredo, continue Duterte’s infra program
Miss Universe Philippines partners with JC
Kin, counsel of Bree Jonson reject suicide angle; NBI to do 2nd autopsy
The online doc is in – and surprises many as VP wannabe
Smart powers Liga Adarna Season 4: Race to the Top
Huawei’s relentless mission to bring ultimate health and wellness tracking for your fitness goals
MOST READ
‘No more face shields outside’ – Duterte
Isko Moreno: Can work with Robredo, continue Duterte’s infra program
Apollo Quiboloy threatens to run for president in next year’s polls
Robredo pressed to decide on 2022 plans now
Don't miss out on the latest news and information.