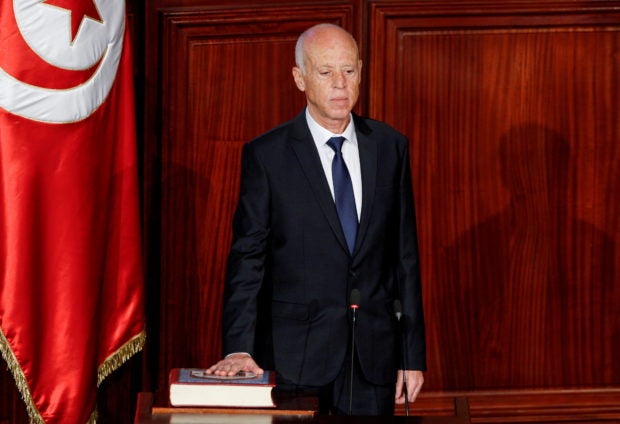 Saied on Sunday invoked emergency powers to seize control of government, remove the prime minister and freeze Parliament in a move his foes have called a coup.

He removed Dahach after an incident on Wednesday afternoon when officials from the journalists’ syndicate and human rights league said they were forbidden entry to the station even though they had been invited to appear on a show.

Amira Mohammed, the deputy head of the journalists’ syndicate, said Dahach had told her an army commander had ordered him not to allow guests into the building. The army had surrounded the television station on Sunday.

Both Mohammed and the human rights official, Basem Trifi, later managed to appear on the show. An adviser to Saied and an army spokesman were also interviewed on the program and both denied that any order had been given to stop guests entering.

Some Tunisian journalists called on social media for Dahach to be fired.

On Monday police raided the Al Jazeera news bureau in Tunis, prompting the U.S. State Department to say it was troubled by the move and urge “scrupulous respect” for freedom of press.

On Wednesday, a New York Times reporter said she had been detained for two hours in Tunis but was then released and allowed to continue working.

Since its 2011 revolution that introduced democracy, Tunisia has enjoyed far greater press freedoms than any of its neighbours. State news agency TAP regularly covers anti-government protests and statements critical of the authorities.