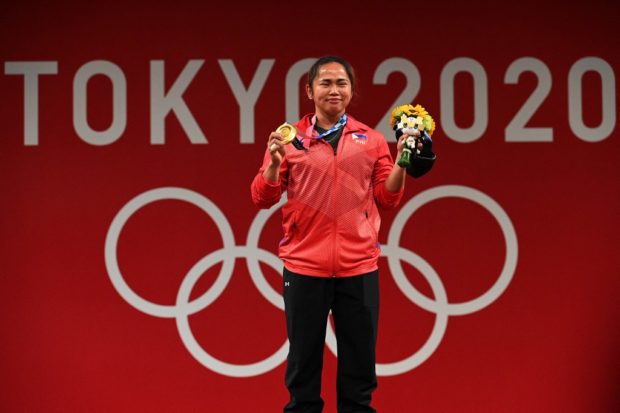 MANILA, Philippines—Congressmen are raising funds for extra cash incentives for the Philippines’ first Olympic gold medalist, Hidilyn Diaz, and other athletes who would bring home medals from the Tokyo Olympics.

Deputy Speaker Mikee Romero, one of the wealthiest members of the House of Representatives, said Speaker Lord Allan Velasco had started a fund drive to give Diaz P5 million to P10 million more in cash reward for her historic Olympic achievement.

“He started with P200,000 and passing the hat to every congressman and congresswoman to contribute for additional incentive for Hidilyn,” Romero said at a press briefing on Wednesday (July 28).

“I think the incentive will go as far as P5 million to P10 million. As we speak, the ‘pass the hat’ has started and we already have P4 million from various congressmen,” he added.

In line with this, Romero reiterated a call for the establishment of a Department of Sports to support athletes in their careers.

“With the Department of Sports, it will have the mandate to put as many infrastructure as possible,” said Romero.

“Our athletes need to train outside of the Philippines because we don’t have enough infrastructure and facilities,” he said.