No ‘meddling’ from Noynoy Aquino: Senators remember a ‘good man’ 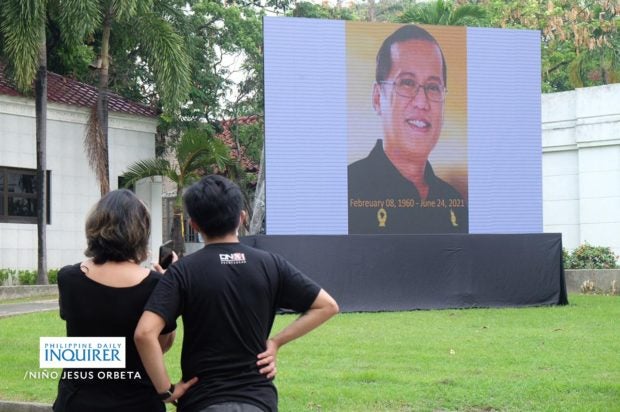 MANILA, Philippines—Even when he was at the center of controversies, the late President Benigno Aquino  III did not attempt to influence people just to take the heat off him.

As senators honored Aquino and his legacies on Tuesday,  two of them looked back at the time when the late president was caught in the middle of the 2015 Mamasapano massacre and the controversial Reproductive Health measure.

She recalled having “clashed”  with the Aquino administration on some issues like the botched Mamasapano operation that left 44 elite policemen dead and the “inefficiencies” of the MRT.

“During my time as chairman of those committees, or as subcommittee chairman, not once did President Aquino call me to try to persuade me or influence me to change my committee reports in his favor,” she said.

(And that really showed me the true character of our President then. Yes, we’re friends, but your sworn promise to the country must prevail when it comes to work and he did not once defy it. Even if I’m his friend and he helped  me  to get to where I’m now in government)

It was Aquino who appointed Poe as head of the Movie and Television Review and Classification Board and later convinced her to join his senatorial ticket in 2013.

Senator Pia Cayetano said  Aquino did not also “meddle” on the issue of the Reproductive Health measure even at a time of “great pressure” from the Church groups.

According to her,  Aquino promised that he would not veto the measure.

“He said this at a time of great pressure, particularly by the Church groups,” Cayetano said.

“I have always expressed my respect for the views that some churches had, but at the same time, I stood fast that this was a constitutional right, and our President had the same views on it. So he didn’t meddle.”

“I didn’t believe that he had called any of us to a meeting, and he allowed me to do my work. And when the time came, after we passed the bill, he supported it as he said he would,”  she further said.

When he was attending Cabinet meetings as then head of the Technical Education and Skills Development Authority, Senator Joel Villanueva said Aquino would always say that “the presidency is a lonely and the most thankless job in the world.”

(Until now, I can’t understand  why he said  that when  he led  the country which was known  as the “Asia’s Rising Tiger,” “Asia’s Rising Star,” and  “Asia’s Bright Spot”)

“The misinformation cannot cast doubt on the truth about PNoy. Time will come, a fair assessment of his administration will bear the truth of his great achievements, brave decisions, and moral leadership,”  he further said.

Senator  Francis Tolentino called  Aquino a “good man,”  while some of his colleagues remembered his simplicity and even his love for music.

For Senator Sonny Angara, receiving a CD of Aquino’s favorite  music  is one of his “more treasured memories.”

“Perhaps his best piece of music was his life. He left us a symphony that was beautiful,  that was touching, that was dramatic and we thank him for that,” Angara said.