Former Chilean priest at center of abuse scandal dies at 90 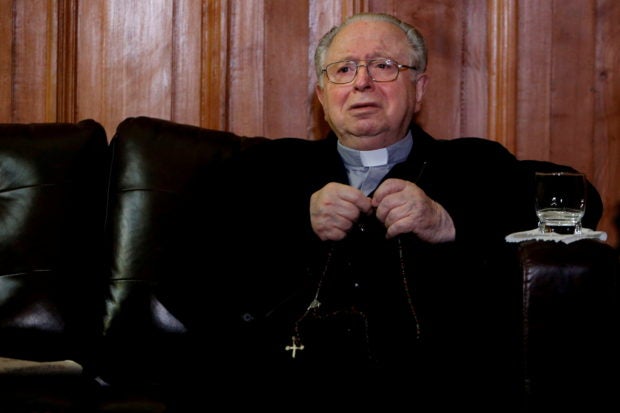 SANTIAGO — Former Chilean priest Fernando Karadima, a key figure in a sexual abuse case that sent shockwaves through the Roman Catholic Church in the Andean nation, died on Monday at the age of 90, local media reported.

Pope Francis defrocked Karadima in 2018, years after a 2011 Vatican investigation found the priest guilty of sexually abusing teenage boys and ordered him to live a life of “prayer and penitence.”

Local radio BioBio said the cause of Karadima’s death was unknown, though the priest weeks earlier had been treated for heart problems. CNN Chile showed Karadima’s death certificate, which stated he had died on Sunday night.

Karadima, who lived in a nursing home in Chile, had always denied wrongdoing. He was not prosecuted over the accusations because the statute of limitations had expired.

The case plunged Chile’s Catholic Church into disarray, eviscerated its popularity, and prompted the investigation of hundreds of other accusations of child abuse by clergy.