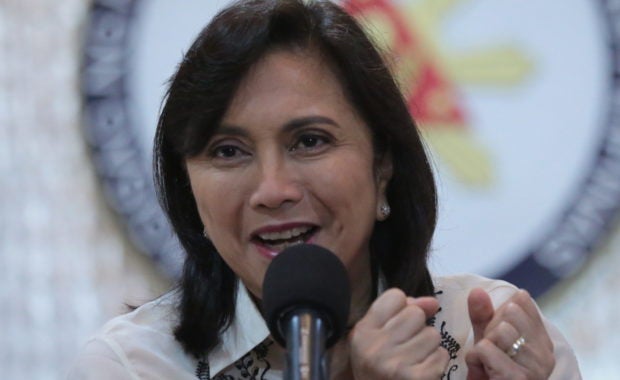 MANILA, Philippines — President Rodrigo Duterte’s final State of the Nation Address (Sona) may have been almost three hours long, but there were still key issues that he failed to emphasize, Vice President Leni Robredo said Tuesday.

(The President’s SONA is over. We heard lists of numbers and projects. And yet there were things we had hoped would be given emphasis but were not.)

The Vice President then vowed to publish several recommendations made by her office and experts that only the national government can implement — suggestions that the administration could start implementing if they have not yet done so.

(Our consultations with experts yielded recommendations— things implementable only by the national government, and that we ask to be acted upon as soon as possible.)

(In the next few days details of these policy recommendations will be posted on our Facebook page, many of which were already proposed by other experts and sectors. Our point: If it hasn’t been done yet, begin; if it’s already being done, intensify. There is no debate as regards the reality: Much is left to do to address, and lift ourselves up from, this pandemic.)

Among the things Robredo suggested are the following:

The problems brought by the COVID-19 pandemic must be the focus of the government now, Robredo said, adding that tarpaulins being set up should contain reminders on how to avoid COVID-19 and not political messages.

(Which is why we have persistently reiterated our message: There should be no other priority but the pandemic and its effects. We need all hands on deck and laser-like focus. This should be mirrored in our budgets, in the agenda of every meeting within government, in every memo cascaded down the bureaucracy.)

(If we need to put up billboards and tarps, let it be about staying safe from illness. If we need the services of a battalion of graphic artists, let it be for a vaccination drive. When passing new laws, let it be for funds and a stronger system to combat the pandemic.)

The Vice President’s observations about Duterte’s Sona was shared by Bagong Alyansang Makabayan secretary-general Renato Reyes, who noted that it took a while for Duterte to discuss the pandemic response, considering that it is the most pressing concern at present.

Reyes also stressed that there is nothing that Duterte can be proud of in the government’s COVID-19 response, as testing remains at around 50,000 despite the need for it to go over 100,000 due to a high positivity rate.

READ: People won’t line up in rain, flood if COVID-19 vaccines are sufficient – activist to Duterte

Economically speaking, the country also suffered in 2020 the worst-ever recession since World War II, as the gross domestic product contracted by 9.5 percent on a year-on-year basis.