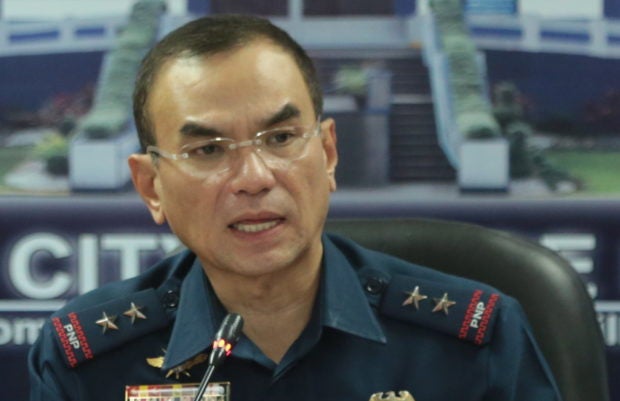 MANILA, Philippines — Philippine National Police (PNP) chief Guillermo Eleazar on Tuesday said  President Rodrigo Duterte’s proposal to provide free legal assistance to policemen is a “morale booster,” saying this will help personnel who will be charged with “harassment cases” while doing their duty.

Duterte, in his final State of the Nation Address (Sona) on Monday, prodded Congress to pass a bill providing legal assistance to PNP and Armed Force of the Philippines Personnel (AFP) from charges arising from their performance of official duty.

“On behalf of the men and women of PNP, I extend the sincerest appreciation and gratitude to our commander-in-chief for his genuine concern for our personnel,” Eleazar said in a video statement.

Eleazar said this may help policemen who are facing “harassment cases” from “rich and influential people.”

(Our countrymen may not be aware that, with the accomplishments of the PNP, harassment cases to our personnel, which, unfortunately, may lead to charges for policemen who are just doing their duty, especially when being sued by influential people.)

(While we try to resolve these issues, our efforts are not enough due to so many harassment cases we need to solve.)

Duterte likewise called for a unified pension system for all uniformed personnel which include policemen, which Eleazar also welcomed.