newsinfo / Nation
Nation
"YOU WILL ONLY BE CHARGED IN THE ICC WITH ME, WHAT IS THE PROBLEM?" 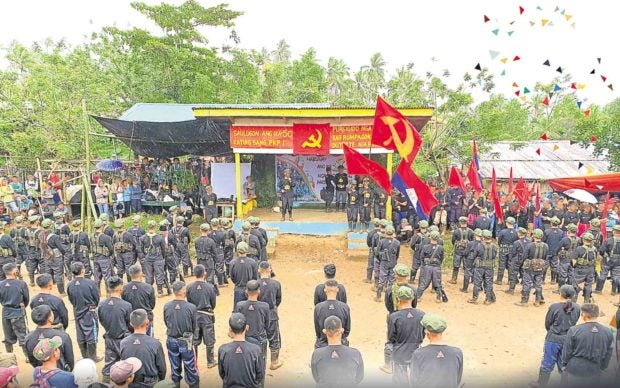 In this file photo, New People’s Army rebels celebrate the founding anniversary of the Communist Party of the Philippines (CPP) in small groups to avoid military operations. This photo was released by the CPP information bureau.

MANILA, Philippines — President Rodrigo Duterte, in his final State of the Nation Address (Sona) on Monday, ordered military troops to shoot communist rebels dead since they will not be held liable in the country’s law but only before the International Criminal Court (ICC).

“My orders to you, if you see them (communist rebels) walking around, kindly shoot them dead, I would be happy,” he said.

“Anyway you’re only charged in the ICC together with me, so what is the problem of having another one, another idiot Filipino who has caused great damage to the country?” he added.

Duterte also chided communist rebels, saying the Communist Party of the Philippines (CPP) “earns billions but passes on very little to their fighting men who die for an ideology that is so rotten and corrupt.”