Sona protesters in QC estimated at 2,750 at noon — PNP 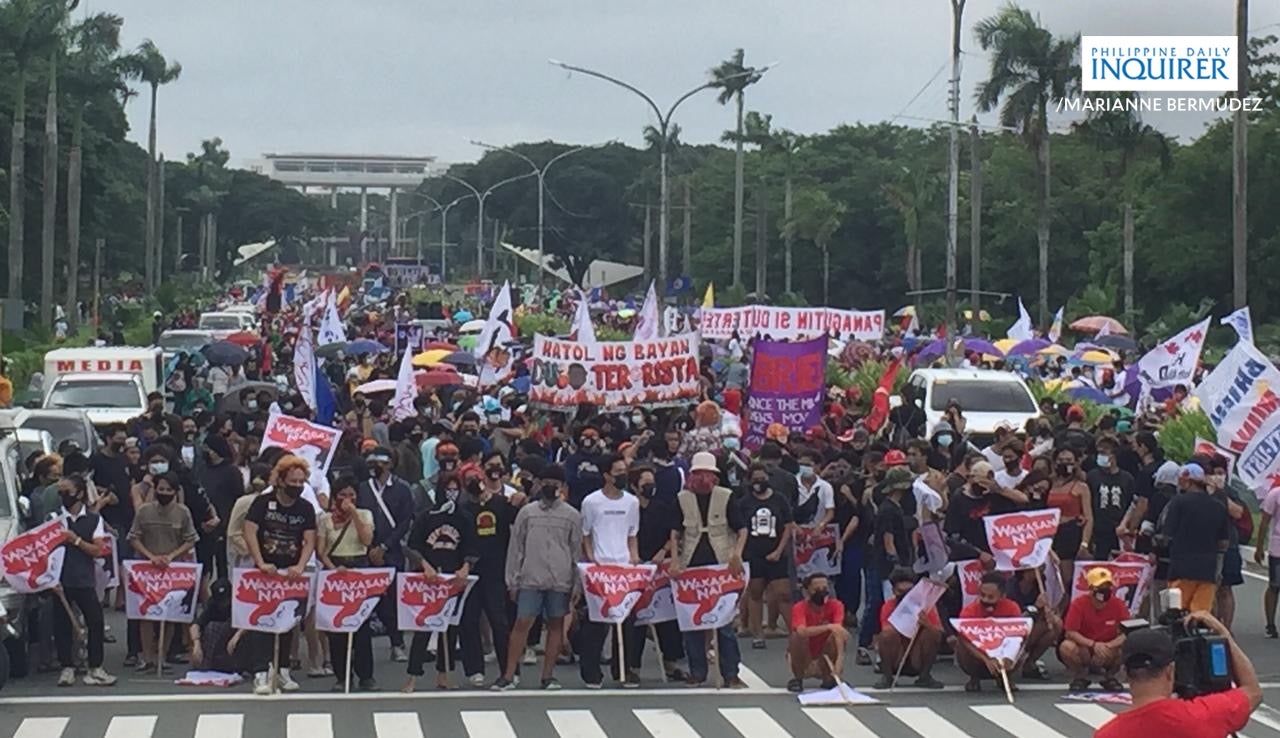 Protesters gather at the University avenue at UP Diliman on the last day of President Duterte’s SONA. /Marianne Bermudez

MANILA, Philippines — More than 2,000 people attended the rally in Quezon City as President Rodrigo Duterte is set to deliver his final State of the Nation Address (Sona) on Monday.

The Philippine National Police said that as of 12 noon, there were estimated 2,750 protesters from different progressive groups and organizations.

Police chief Guillermo Eleazar said there are around 15,000 deployed personnel in certain areas of the city for the demonstrations.

Of this number, 11,800 are police personnel, while the rest are force multipliers from organizations and government agencies.

Duterte will deliver his final Sona at the Batasan after the official opening of the joint session of Congress on Monday afternoon.

Protesters march to Commonwealth Ave. ahead of Duterte’s final Sona