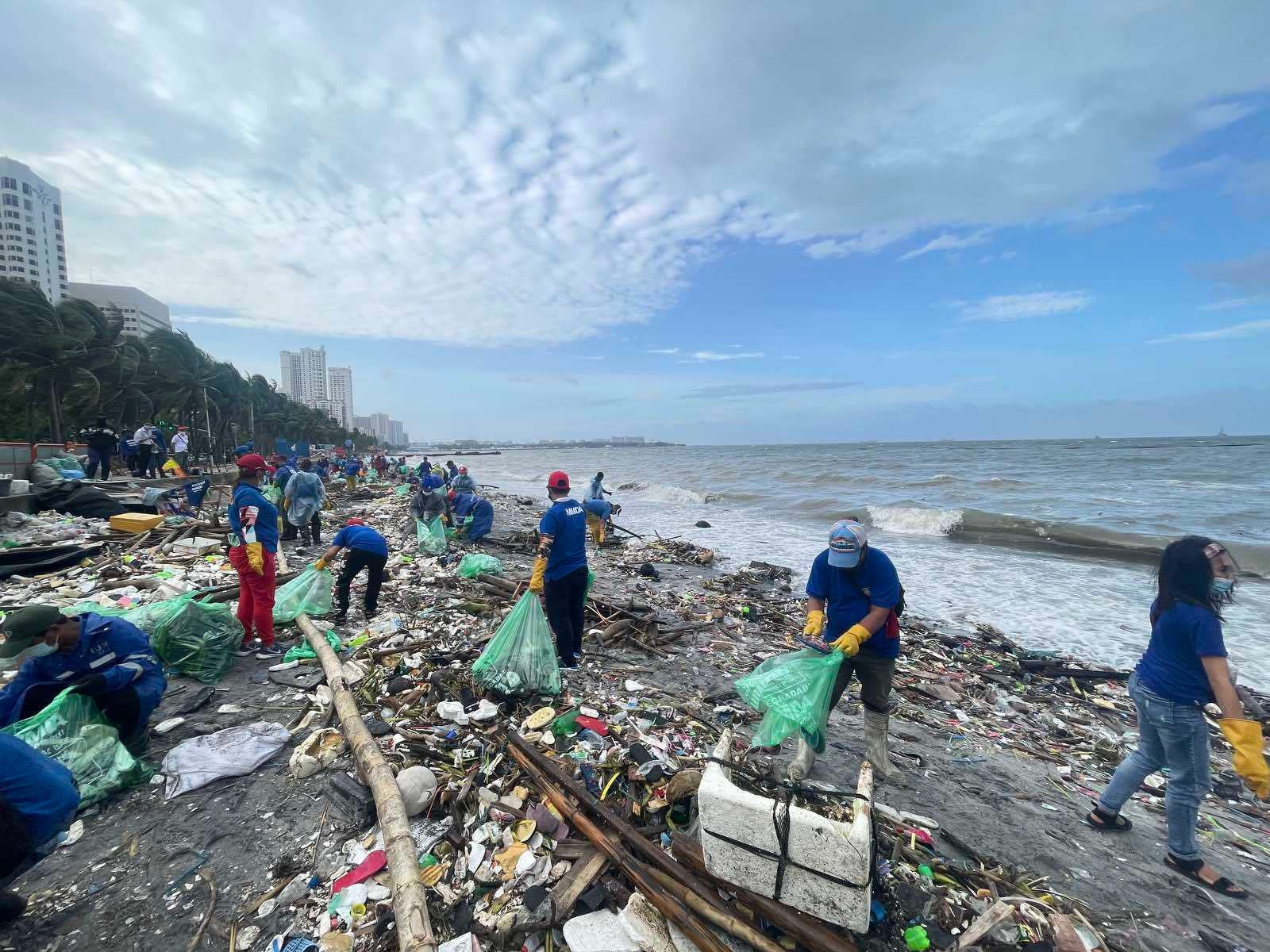 MANILA, Philippines — The Metropolitan Manila Development Authority (MMDA) on Monday conducted a cleanup operation in Manila Bay and the man-made dolomite beach after a huge influx of garbage swept the artificial sand.

MMDA Chairman Benhur Abalos, who supervised the event, said at least 70 personnel from the agency were deployed in the area and collected about two truckloads or about 40 cubic meters of garbage.

“Plastics are the most common trash found in Manila Bay. Undisputedly, it negatively affects the environment,” Abalos pointed out.

Abalos also appealed for Filipino to have a “behavioral change” in addressing the plastic waste problem in Manila Bay.

“Stop the habit of indiscriminate dumping not only in Manila Bay but also on different waterways in the metropolis,” Abalos stressed.

Abalos also said the agency has sought the assistance of the Department of Interior and Local Government Secretary Eduardo Año to tap police assistance in apprehending individuals who throw garbage in Manila Bay.

“Those apprehended would be obliged to clean Manila Bay,” he said.