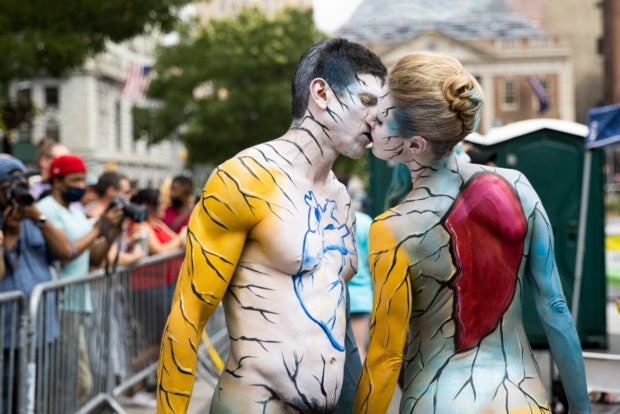 NEW YORK — If you happened to stroll by Union Square in New York City on Sunday, you might have been greeted by an unusual sight: people posing nude, their bodies covered in floral designs and stars painted in bright colors.

That’s how a group of 26 artists and 45 models celebrated the eighth annual NYC Bodypainting Day, using the human body as their canvas to promote messages like body positivity.

“The idea of the event is really to promote free expression and acceptance of all people, their ideas as artists and also their bodies,” said artist Andy Golub, the event’s main organizer. 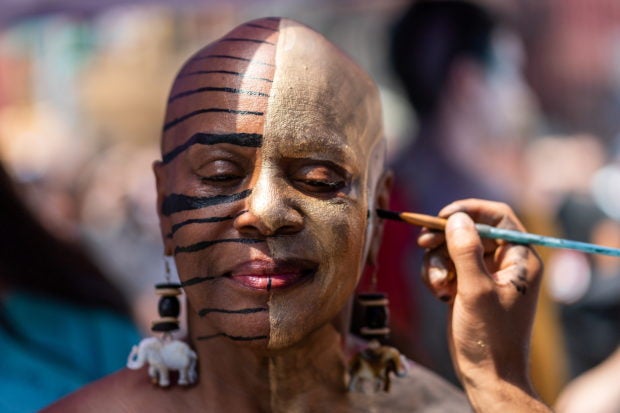 It was also a way to celebrate New York City’s emerging from the deadly coronavirus pandemic after more than a year of restrictions that forced the city that never sleeps to grind to almost a complete halt.

“I think it’s important to show that New York City is getting better and this is actually a time of resilience,” said Rocket Osborne, a New York City-based architect.

Models stood under tents set up in the bustling square as artists painted on them. Others posed on stages set up for the event to showcase the completed art work as passersby stopped to snap a photo or a video.

A small crowd of a couple hundred people gathered to watch the event in the summer heat that, luckily for the organizers, was not as intense as to melt the paint.

“I think it’s beautiful, the fact that people can actually get out and be as we are supposed to be,” said Queens resident and sculptor Gregory Valentine.