Gov’t work suspended in some Bulacan areas due to flooding 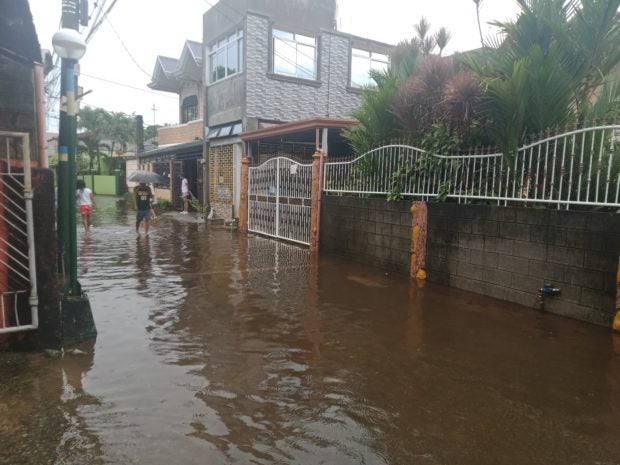 This street at Barangay Maysantol in Bulakan town remains flooded due to incessant rain and high tide. The water discharge in Ipo and Bustos dams worsened the flood. (Photo by Carmela Reyes-Estrope)

CITY OF MALOLOS––Work in the provincial capitol and some local government units were suspended Monday due to torrential rain that flooded several areas in Bulacan.

Gov. Daniel Fernando said the Provincial Disaster Risk Reduction Management Office, and other offices that render services during a calamity, would remain operational.

Barangay Bulihan in the City of Malolos was submerged in up to five-foot high floodwater.

Several barangays in Guiguinto were flooded, while roads in Barangay Sta. Cruz, also in Guiguinto, was not passable to light vehicles.