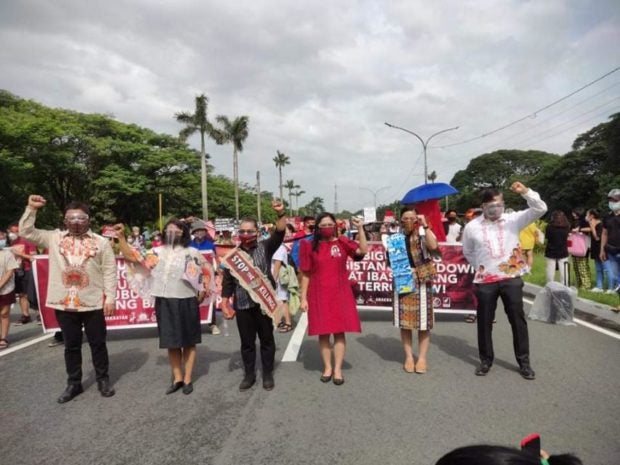 Makabayan bloc lawmakers raise their fists during their protest at the University of the Philippines ahead of President Rodrigo Duterte’s final State of the Nation Address at the Batasan. Image from Makabayan bloc

MANILA, Philippines — As was their yearly tradition, Makabayan bloc lawmakers used their outfits to dramatize their protest on Monday ahead of President Rodrigo Duterte’s final State of the Nation Address (Sona).

The Makabayan solons were among those who joined the multisectoral protest at the University of the Philippines-Diliman hours before Duterte is to deliver his final Sona at the House of Representatives.

Gabriela Women’s Party Rep. Arlene Brosas, who has been at the receiving end of red-tagging accusations, wore a “blood-red dress with an embroidered patch which shows a pregnant woman breaking her handcuffs along with a call to “stop the attacks.” 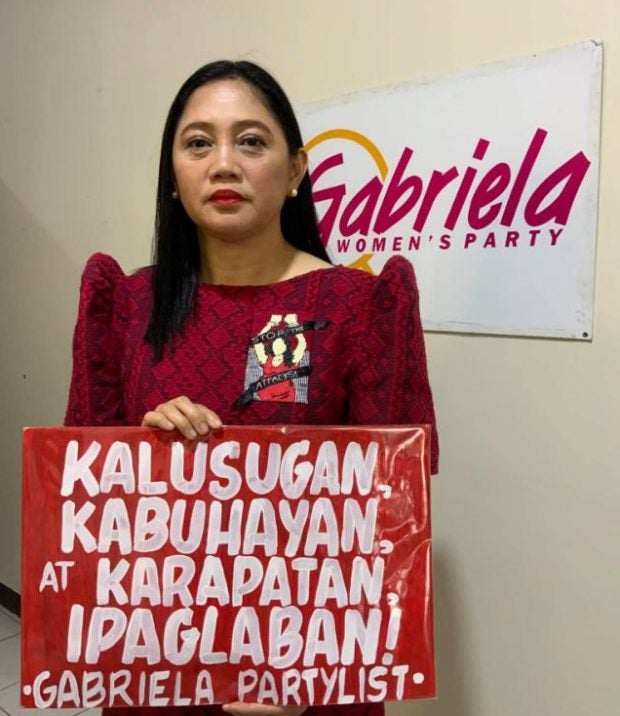 Brosas said this was to highlight the call to stop the attacks on women and the people and to junk the disqualification case lodged by the Duterte administration against Gabriela Women’s Party.

Bayan Muna Rep. Carlos Zarate, meanwhile, wore a Barong Tagalog highlighting the need for aid and vaccines of Filipinos in time of the pandemic. 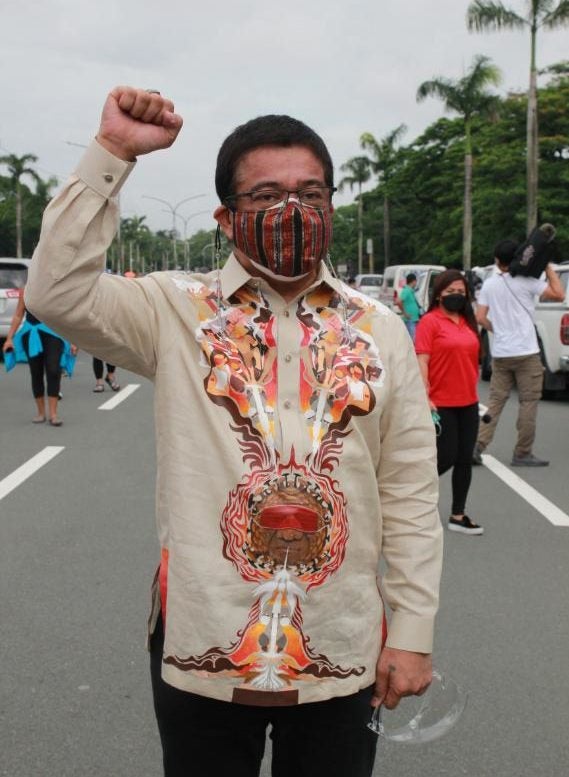 ACT Teachers Partylist Rep. France Castro wore a Barong Tagalog which depicts children in war and peace zones and the Duterte administration’s “prioritization” of the national budget for war. This, Castro said, led to the neglect of education during the pandemic. 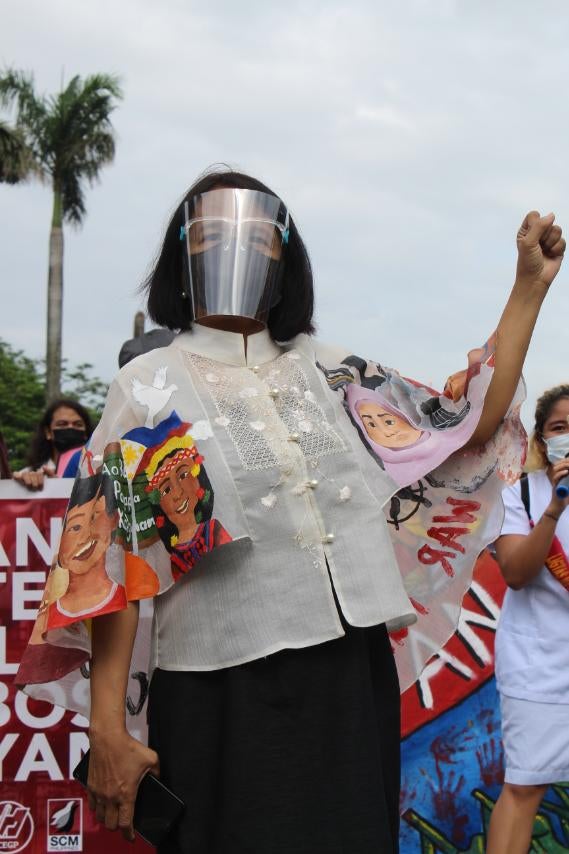 Kabataan Partylist Rep. Sarah Jane Elago wore a blazer with Filipiniana sleeve and a skirt along with a protest sash. Elago said her outfit highlights the beauty of Inaul, the traditional handwoven fabric of Maguindanao. 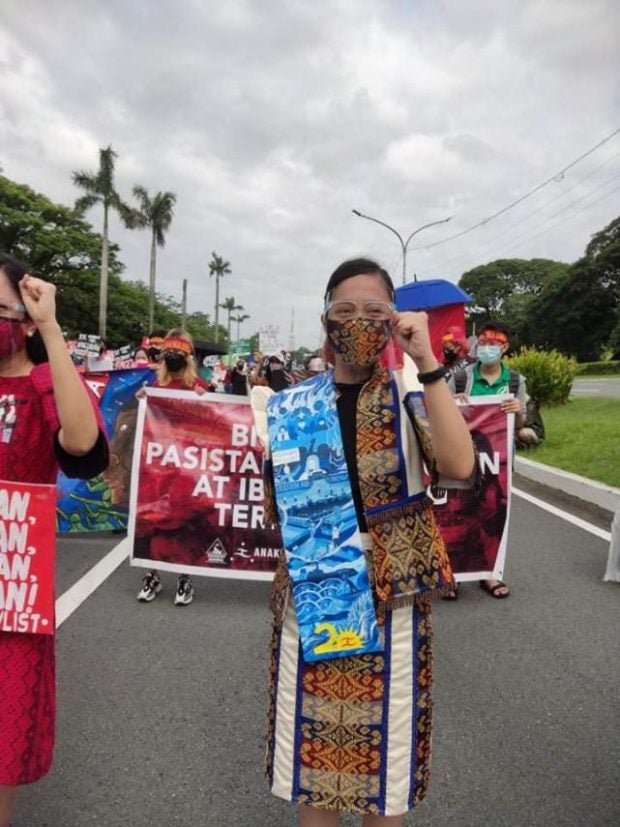 The sash, meanwhile, represents the youth and people’s demands amid the pandemic, said Elago.

Bayan Muna Rep. Eufemia Cullamat wore a sash made by teachers and students of the Lumad Bakwit School to call for indigenous peoples rights. 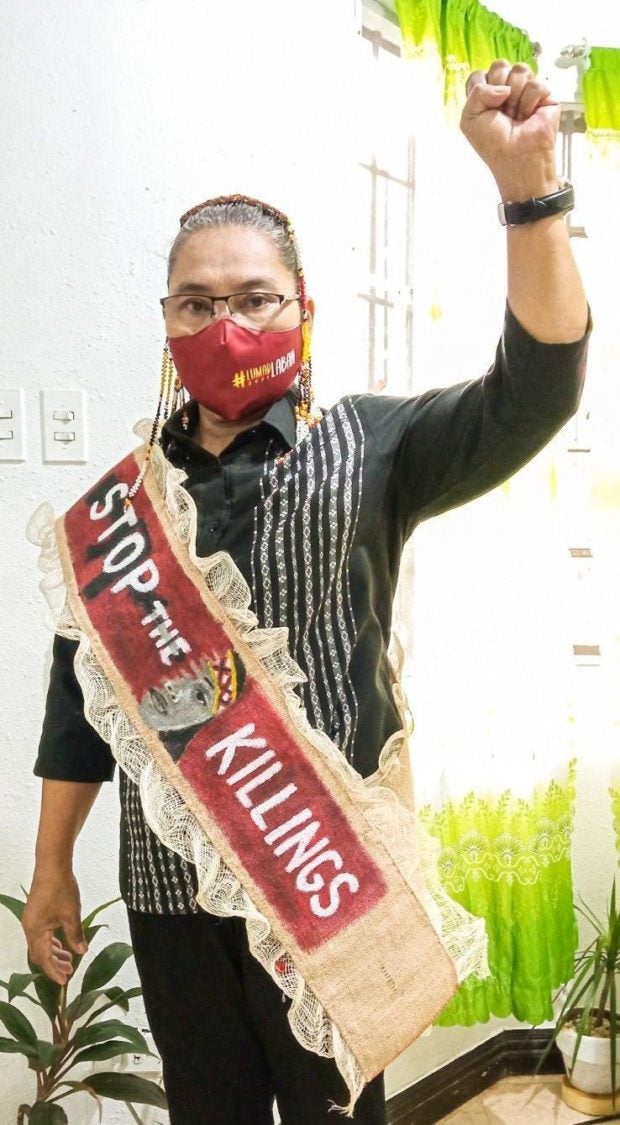