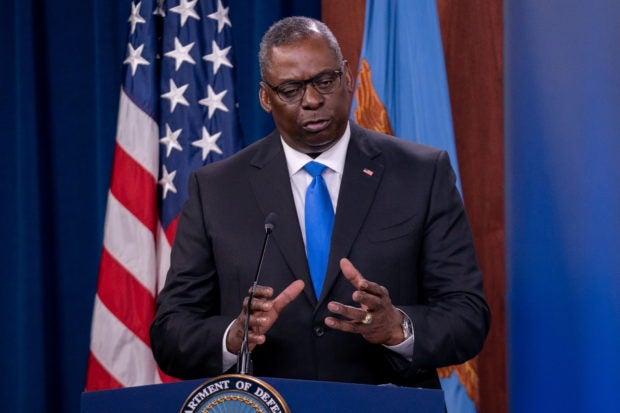 EIELSON AIR FORCE BASE, Alaska — U.S. Defense Secretary Lloyd Austin said on Saturday that the Afghan security forces’ first job was to make sure they could slow the Taliban’s momentum before attempting to retake territory, as Afghan forces plan to consolidate forces around strategically important parts of the country.

Reuters reported that Afghanistan’s military is overhauling its war strategy against the Taliban to concentrate forces around the most critical areas like Kabul and other cities, border crossings and vital infrastructure.

“They are consolidating their forces around the key population centers,” Austin told reporters during a visit to Alaska.

“In terms of whether or not it will stop the Taliban, I think the first thing to do is to make sure that they can slow the momentum,” Austin said, speaking as the U.S. military is set to end its mission in Afghanistan on Aug. 31, on orders from President Joe Biden.

Austin added that he believed the Afghans had the capability and the capacity to make progress, but “we’ll see what happens.”

The politically perilous strategy appears to be a military necessity as over-stretched Afghan troops try to prevent the loss of provincial capitals, which could deeply fracture the country.

Taliban insurgents are gaining control of more and more territory, which the Pentagon estimated on Wednesday now extends to over half of half Afghanistan’s district centers. The Taliban are also putting pressure on the outskirts of half of the provincial capitals, trying to isolate them.

The Taliban’s swift territorial gains are rattling Afghans just as the United States withdraws from a war that succeeded in punishing al Qaeda following its Sept. 11, 2001, attacks on New York and Washington but failed to deliver anything close to peace for Afghanistan.

The United States has continued to carry out air strikes to support Afghan government forces that have been under pressure from the Taliban as U.S.-led foreign forces carry out the final stages of their withdrawal from the country.

Biden has promised to provide financial assistance to Afghan forces and to redouble diplomatic efforts to revive stalled peace talks.

Biden on Friday authorized up to $100 million from an emergency fund to meet “unexpected urgent” refugee needs stemming from the situation in Afghanistan, including for Afghan special immigration visa applicants.

For years, the U.S. military has been trying to get Afghan troops off of far-flung checkpoints – static positions that can easily be overrun by Taliban forces.