Wet, rainy Sunday in NCR, most parts of Luzon; fairer weather in Vis-Min 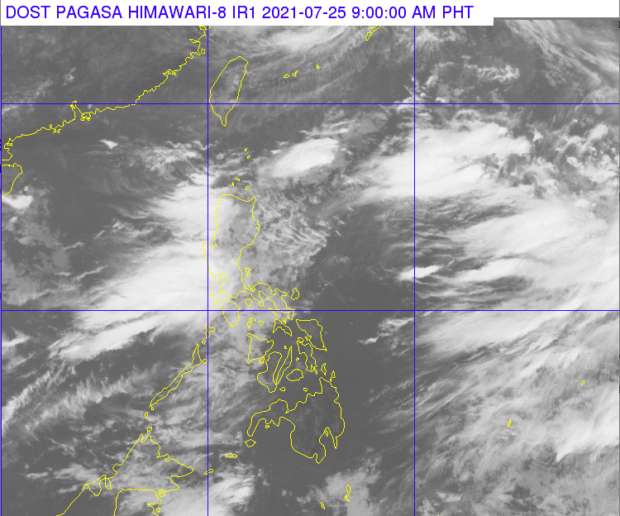 MANILA, Philippines — It will be adamp, rainy Sunday in Metro Manila and most parts of Luzon as Typhoon Fabian, which has exited the  Philippine area of responsibility (PAR), continues to pull and enhance “habagat” or the southwest monsoon or “habagat”, the Philippine Atmospheric, Geophysical and Astronomical Services Administration (Pagasa) Ssaid unday morning.

(Due to the effect of the southwest monsoon, we will still experience monsoon rains, which means it will provide light to moderate to and times heavy rain.)

Meanwhile, the rest of Luzon will experience cloudy weather with a chance of scattered rain and thunderstorms, the weather bureau added.

Bicol region on the other hand will experience relatively fairer weather, however, sudden rain showers should still be expected due to thunderstorms.

The Bicol region on the other  hand, is expected to have fairer weather, although sudden rain showers should still be expected due to thunderstorms.

The Visayas and Mindanao will also experience fairer weather, with scattered rain showers due to thunderstorms.

Pagasa said it also spotted another storm outside PAR (international name: Nepartak) but assured that it is not expected to enter PAR as it continues to move northwestward at 15 kph.

Gale warning has been raised in the northern and western seaboards of Luzon.

Rough seas, with waves reaching up to five meters are expected in these areas.

(So we’re reminding those who are planning to go to sea not to because it is dangerous.)