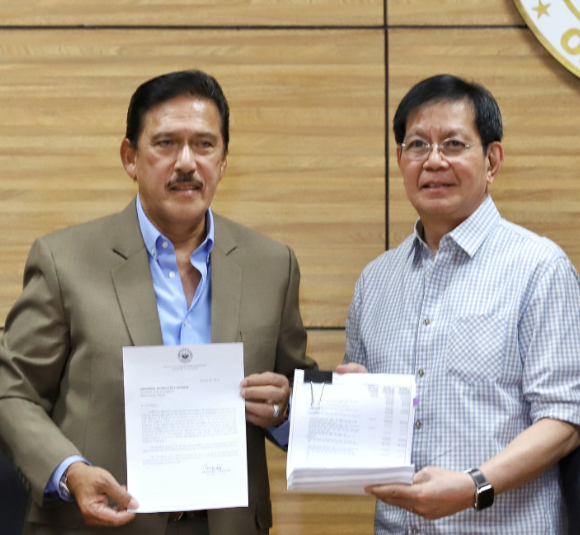 MANILA, Philippines — There was an attempt to oust Senate President Vicente Sotto III from his position in the Senate after he declared intention to run for vice president, Senator Panfilo Lacson bared Saturday.

However, Lacson said the plan, supposedly initiated by a member of the Senate’s majority bloc, did not materialize.

(SP told me, partner, my staff called me saying there’s a resolution going around saying I should be replaced since I will run for vice president.)

(Someone in our colleagues is moving to replace him. They want to pass around a resolution for signatures, perhaps a draft resolution or signature campaign. Maybe there’s looking if it will reach 13 since it needs 13 senators to oust right? We also counted and it looks like they will have a hard time getting 13 signatures. It looks like the plan fizzled out.)

Pressed to name who initiated the plan, Lacson refused to identify but confirmed the senator “definitely” belonged to the Senate majority bloc.

(No need, they already know who they are. Whoever initiated it, let them be. If they can have the numbers, we’re in a democracy, if they get 13 senators then the Senate President will step down. But we’re not taking it against anybody.)

Lacson and Sotto have announced their intent to run as a tandem in the 2022 national elections for president and vice president, respectively.