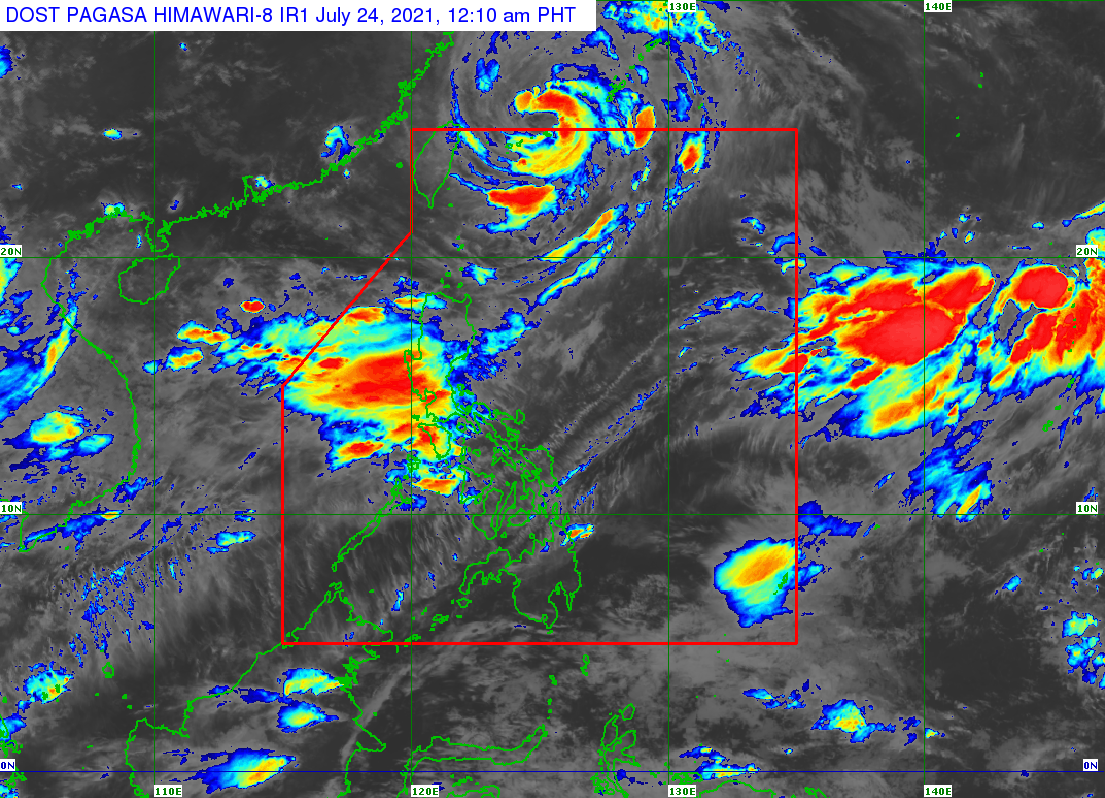 MANILA, Philippines — Typhoon Fabian slightly weakened as it makes its way out of the Philippine area of responsibility (PAR) boundary, the Philippine Atmospheric, Geophysical and Astronomical Services Administration (Pagasa) said on Friday night.

Reports from Pagasa said that Fabian was last spotted 560 kilometers northeast of Itbayat, Batanes, now packing maximum sustained winds of 140 kilometers per hour (kph) near the center, and gustiness of up to 185 kph.

It is moving north northwest at a speed of 10 kph, which means it may leave PAR within the next three to six hours.

Despite the slight dip in intensity, Pagasa reminded the public that Fabian is still under a typhoon category and that it still pulls and intensifies the southwest monsoon or habagat.

This in turn would bring rains over huge parts of the country, particularly over Luzon and Western Visayas.  Meanwhile,  Tropical Cyclone Wind Signal No. 1 is still raised over the province of Batanes, which will experience strong winds in the next 24 to 36 hours.

According to Pagasa, the provinces of Zambales and Bataan can expect heavy and torrential rains, whereas moderate to heavy rains with at times intense rains may be experienced over Metro Manila, Ilocos Region, Abra, Benguet, Tarlac, Pampanga, Cavite, and Batangas in the coming hours.

Moderate with at times heavy rains will be felt in Laguna, the rest of the Cordillera Administrative Region (CAR), Bulacan, Mindoro provinces, Romblon, Northern Palawan including Calamian and Cuyo Islands, Antique, and Aklan.

Meanwhile, a gale warning remains over the entire seaboard of Luzon and the waters of Western and Central Visayas, prompting Pagasa to warn small boats against sailing in these areas.