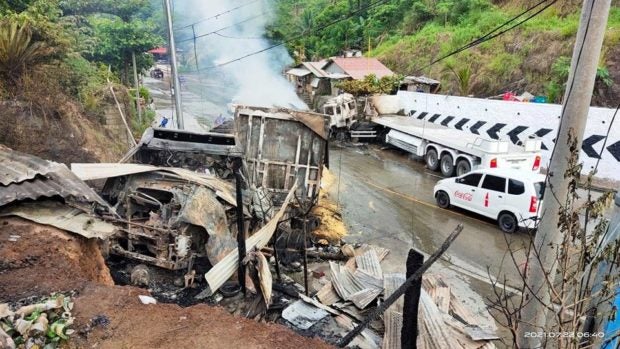 A fire razed two trucks that figured in a collision Thursday before crashing into a house and a store in Nagsabaran, Diadi, Nueva Vizcaya. (Photo courtesy of Didi police station)

Capt. Roderick Rabago, Diadi police chief, said Christopher Flores, 42, helper of one of the truck drivers, suffered injuries and was taken to a hospital.

Police said the fire also razed a house and a store hit by the two trucks on the roadside in Barangay Nagsabaran. INQ