Rains still expected on Friday due to Typhoon Fabian, habagat 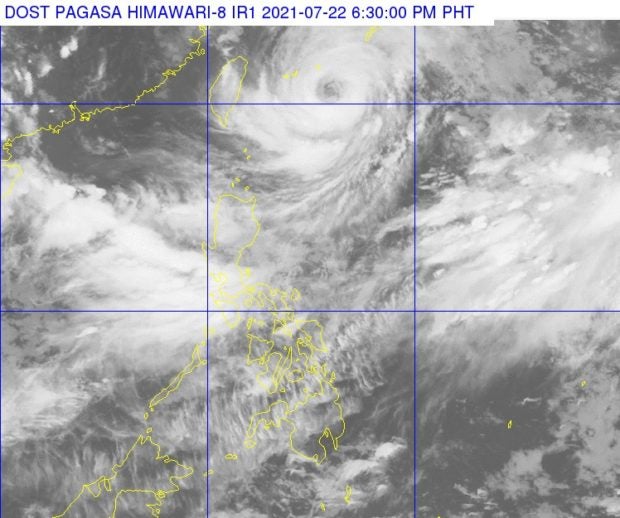 MANILA, Philippines — A huge part of Luzon especially its western side would still experience rains on Friday due to the southwest monsoon, which is being intensified by Typhoon Fabian.

Reports from the Philippine Atmospheric, Geophysical and Astronomical Services Administration (Pagasa) on Thursday indicated that the extreme Northern Luzon areas of Batanes and Babuyan Islands would feel rains and strong winds as Fabian, moves slowly away from the country.

Monsoon rains would prevail over Ilocos Region, Abra, Benguet, huge parts of Central Luzon, Metro Manila, huge parts of Calabarzon and Mimaropa, while isolated thunderstorms would cause showers on the remaining parts of the island.

Pagasa’s three-day weather forecasts for Baguio and Metro Manila show that rains would still persist until next week, but conditions may start improving by Monday.

For Visayas and Mindanao, only Western Visayas is expected to see rains while the rest of the island groups would have better weather conditions.

Temperatures over Iloilo would play between 24 to 31 degrees Celsius, while Cebu and Tacloban would have something at 26 to 33 degrees, Zamboanga with 24 to 33 degrees, Cagayan de Oro with 23 to 33 degrees, and Davao with 25 to 35 degrees.

Earlier, Pagasa said that Fabian was able to maintain its strength, packing maximum sustained winds of 150 kilometers per hour (kph) near the center, and gustiness of up to 185 kph.

Fabian is predicted to start shifting northwest on Friday afternoon, before it leaves the PAR on early Saturday morning.  During this time, the typhoon may reach its peak intensity as it may pack maximum sustained winds of 165 kph.

Sea travel is still discouraged as the gale warning Due to the strong winds, gale warnings are also raised over the entire seaboards of Luzon and Visayas, which means sea travel for small sea craft would be risky.