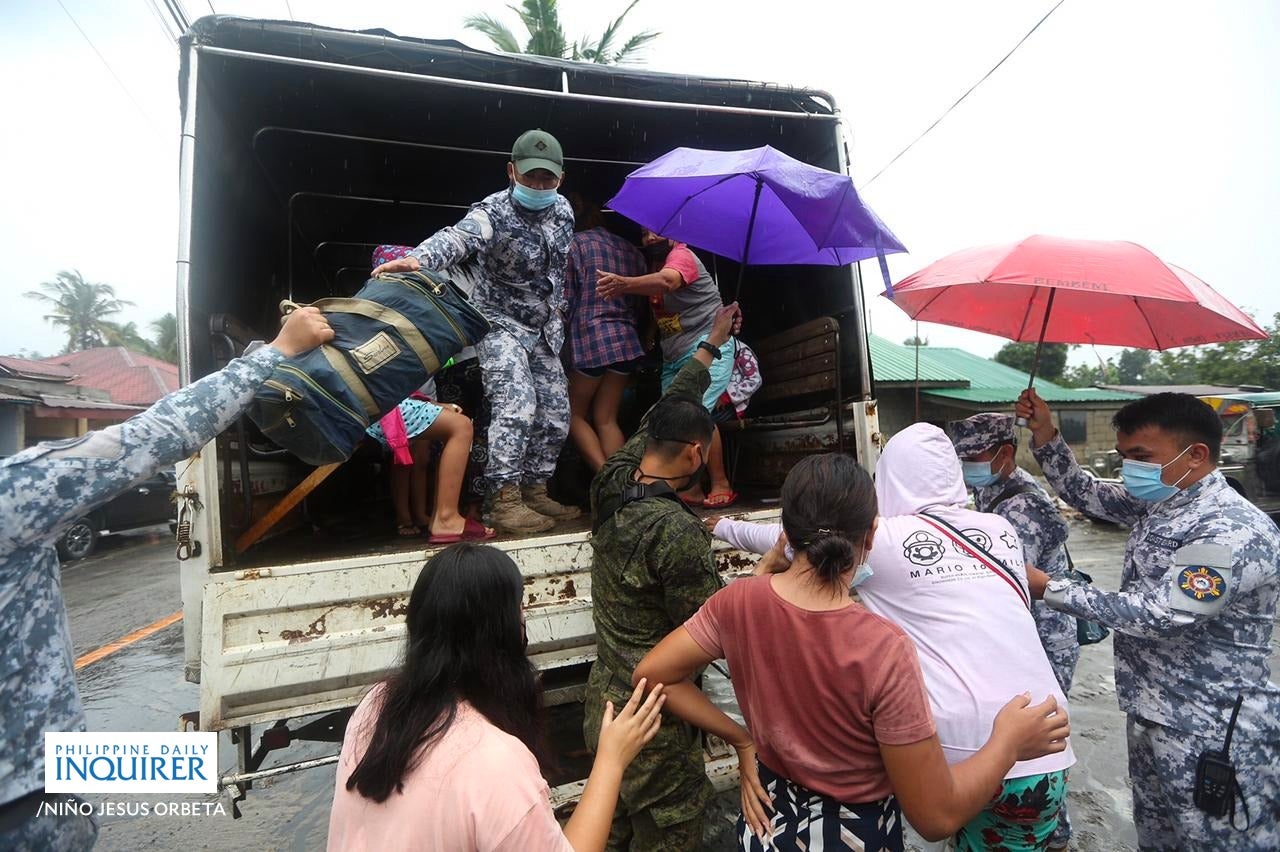 MANILA, Philippines — A total of 6,027 families or 21,789 individuals were displaced from their homes after being forced to evacuate by the restless Taal Volcano, the National Disaster Risk Reduction and Management Council (NDRRMC) said Thursday.

Currently, there are 26 evacuation centers open to accommodate evacuees from the 145 barangays affected by the Taal Volcano.

The NDRRMC said that it so far spent P16,009,434 in provided assistance for the affected residents.

Meanwhile, as of July 22, Alert Level 3 currently remains hoisted over Taal Volcano, with the Philippine Institute of Volcanology and Seismology (Phivolcs) recording 35 volcanic earthquakes over the past 24 hours.

Communities surrounding the volcano and the Taal Lake are still advised to remain vigilant and calmly prepare for possible evacuation should unrest intensify.

Alert Level 3 was raised in Taal Volcano on July 1 after the volcano had a phreatomagmatic blast, which means magma extruding from its main crater could trigger an “explosive eruption.”

Read Next
Daily coronavirus cases in Tokyo total 1,979, most since January
EDITORS' PICK
Tips for a cheerful life
Hidilyn’s family says Olympic feat unthinkable
Where’s Duterte’s road map for his final year in office? – lawmakers
Killing of 2 activists hours before SONA condemned
Harnessing technology for quality education
Connect to PH’s fastest network with new Signature Plan Lite at only P599 per month
MOST READ
Isko for 2022? Manila mayor takes a swipe at Duterte on live broadcast
Pagasa: More monsoon rain in NCR, Luzon; fair weather over Visayas, Mindanao
‘Kasi may nagtapak sa paa ko,’ Duterte says after losing balance during Sona
Why is Taiwan not called Taiwan at the Olympics?
Don't miss out on the latest news and information.