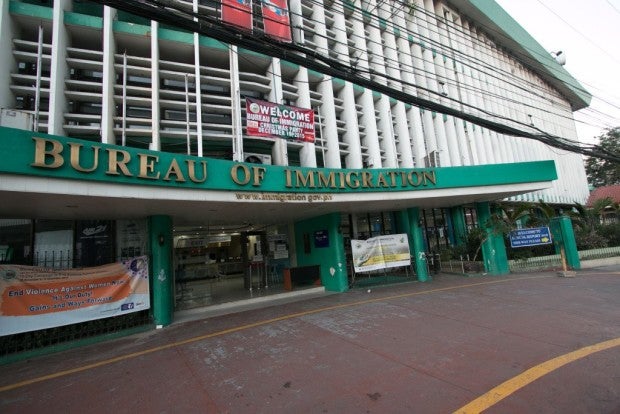 This undated photo shows the facade of the Bureau of Immigration’s main office in the city of Manila. INQUIRER FILE PHOTO

MANILA, Philippines — The Bureau of Immigration (BI) on Thursday deported nine Japanese fugitives wanted in Tokyo, Japan for their involvement in a big-time telecommunications fraud.

The nine fugitives are reportedly part of the syndicate arrested in Makati City in November 2019, by the BI’s Fugitive Search Unit. A total of 36 Japanese nationals were arrested.

The BI said only two suspects were initially targeted in the said arrest, but the operation yielded another 34 individuals who were caught engaging in the same modus.

Japanese authorities likewise reported that the gang defrauded their victims of roughly two billion yen–equivalent to about a billion pesos–in Japan.

According to BI Commissioner Jaime Morente, the fugitives left for Narita, Japan via Ninoy Aquino International Airport Terminal 1, and were escorted by the Japanese police.

Earlier this month, a group of 10 Japanese nationals who were also involved in the said syndicate were deported by the Immigration.

Morente said the fugitives have been placed in the BI’s blacklist, barring their return to the country.