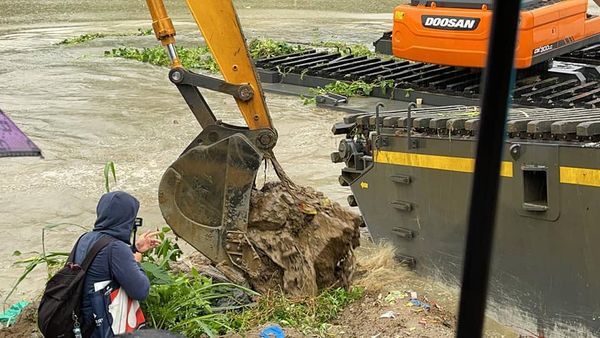 MANILA, Philippines — The second phase of dredging operations in the Marikina River has started in the Pasig City portion, the Department of Environment and Natural Resources (DENR) said Thursday.

“In the Marikina basin, we have completed the dredging in Phase 1,” DENR Secretary Roy Cimatu said in a pre-State of the Nation Address forum.

Cimatu stressed the importance of the dredging operations, saying the river’s width of 90 meters in the upstream portion narrows down to 45 meters at the Marikina-Pasig boundary.

It was in February this year when the dredging of the Marikina River began in the portion of the river near the Marcos Highway in Marikina City’s Barangay Kalumpang.

Cimatu said the widening of the Marikina River will hopefully address the problem of flooding within its basin.