2 repatriated OFWs give birth while on quarantine in Subic 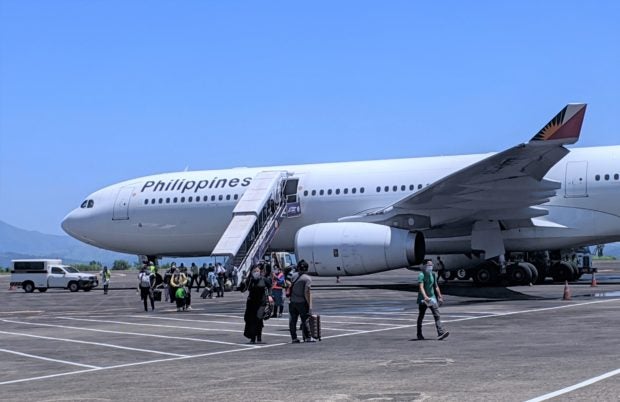 SUBIC BAY FREEPORT––Two repatriated overseas Filipino workers (OFWs) have given birth while on quarantine in a hotel in this freeport recently, the Subic Bay Metropolitan Authority (SBMA) said Wednesday, July 21.

SBMA Chair and Administrator Wilma Eisma said in a statement that the new mothers were among the 299 passengers who arrived here July 7 via the Philippine Airlines Flight PR5683 from Dammam, Saudi Arabia.

The two women, aged 34 and 36, were completing their quarantine at the Vista Marina Hotel, when they went into labor. Both were taken to a hospital in nearby Olongapo City, where they gave birth.

“Our information from the One-Stop-Shop Command at the Subic airport was that both deliveries went well and that the mothers and their babies were healthy,” Eisma said.

She said the two mothers were discharged from the Subic quarantine facility after completing the mandatory isolation and yielding negative reverse transcription-polymerase chain reaction test results.

The Subic Bay International Airport serves as an alternate entry point for returning OFWs. The airport has received four PAL flights since July 7, including the latest flight on Wednesday.